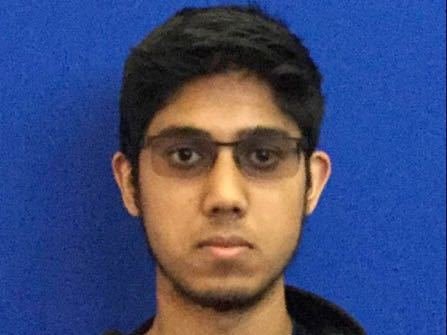 Faisal Mohammad, 18, burst into his class at the University of California, Merced, and attacked a fellow student with a hunting knife Wednesday morning.

SAN FRANCISCO (AP) — A freshman student who stabbed four people at a California university meant to do even more harm, but he acted alone and had no connections to terrorist groups, authorities said Thursday.

Faisal Mohammad, 18, burst into his class at the University of California, Merced, and attacked a fellow student with a hunting knife Wednesday morning. He stabbed three others, including a construction worker credited with preventing Mohammad from killing anyone, before police shot him dead as he fled across campus.

Warnke and other officials said background checks of Mohammad and his family show the 18-year-old had no connections to organized hate or terror groups and no past behavior to suggest he would lash out violently.

“We had zero to indicate he was on anyone’s radar,” Warnke said.

Investigators also found a list of items Mohammad planned to pack in his backpack before the attacks.

“His intention was to do more damage,” school spokeswoman Lorena Anderson said. “But there is absolutely no reason to believe that this was anything more than an angry young man acting alone.”

Anderson said it’s unclear if Mohammad targeted anyone in particular in the class required of all university freshmen. All four victims are expected to survive.

Byron Price, 31, a construction worker doing remodeling work next door, interrupted the attack, rushing into the classroom to break up what he thought was a fistfight. Price said Mohammad charged at him with the knife and looked scared.