An Evening with Tina Campbell 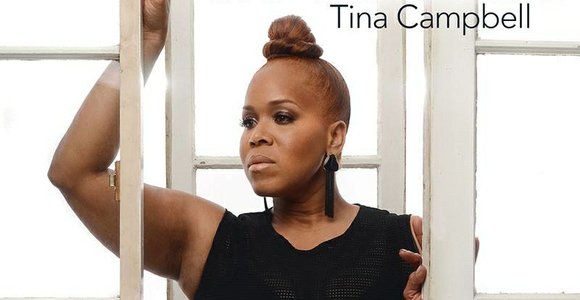 An Evening with Tina Campbell featuring her husband Teddy Campbell was truly one to remember as Tina revealed that she’s not the woman she used to be. The feisty and outspoken half of group Mary Mary delivered a testimony that shed light on her husband’s infidelity and the depression that affected her greatly two years ago. The songstress and reality television star gave audience members the real scoop on heartbreak, forgiveness, and the spiritual warfare that almost silenced her faith, but ended up doing the exact opposite, amplifying her walk with Christ.

Sister and hostess Goo Goo Atkins described the show by saying, “Y’all just ain’t never seen her like this. She means business... People’s lives are forever changed (the other way) when they go through the types of things she went through, and she came out that pain with glorious love for God.” That was in-deed true. After coming out and serenading the audience with an original song called “Destination” from her solo album It’s Personal, Tina got down to business and began the story of her unforgettable testimony that touched the audience immensely.

Campbell told the audience, “I’ve decided to to follow Jesus to reach my destiny when life landed me in the most heartbreaking and devastating reality. I still had to believe that my destiny was somewhere other than where I was.” Campbell believed that even though things didn’t feel good, she had to believe that it would all work out for her good. She revealed that the incredible transformation began to take place in her life when she renewed her mind and outlook on her life. The renewal process was able to take place by surrendering herself to God totally, and writing her prayers in a journal that would later be published as a book.

Campbell revealed that her book I Need a Day to Pray was produced while on her journey “from bro-kenness to wholeness.” The prayers that were written in her personal journal to God played an instru-mental role in her healing, and even though she didn’t fully believe the words immediately, she read the prayers everyday, and they liberated her. As a result, she says her faith was reestablished.

Teddy said the couple learned that by humbling themselves and submitting to God’s word, they were also learning to honor God and honor each other. “Everyday we continue to honor God by praying and studying His word, and practicing what we learned.” Teddy also mentioned that it is important to accept Christ’s love before we learn to love someone else. “I was in a condemned place, and it was hard for me to be the man that God and my wife needed me to be, but once I accepted God’s grace, His undeserved grace, I was able to forgive myself, and then truly love my wife,” he said.

The show closed with a song from the couple called “Speak The Word,” and an alter call for believers that wanted to accept God as their savior.

For more information on the album It’s Personal or the book I Need a Day to Pray, go to IAmTinaCampbell.com.