OUT Magazine LGBT 'Ally of the Year': Barack Obama 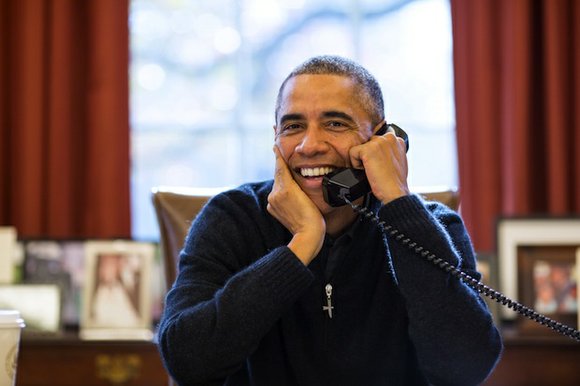 WASHINGTON (CNN) -- President Barack Obama's stance on LGBT issues has landed him on the cover of OUT magazine's OUT100 issue as "Ally of the Year."

Obama is the first sitting president to be photographed for the cover of an LGBT publication.

The President sat down for an interview with the magazine, in which he touched on various influences on his relationship with the LGBT community, both before and after taking office, as well as his administration's accomplishments on LGBT rights and how watching Sasha and Malia has shown him how attitudes have changed toward homosexuality across generations.

Obama said his mother's teachings that "every person was of equal worth" inspired his interest in focusing on LGBT rights during his administration, and thanked his openly gay Occidental professor and eventual friend, Dr. Lawrence Goldyn, for directly influencing the way he continues to think about all of these issues.

"He went out of his way to advise lesbian, gay and transgender students... and keep in mind, this was 1978," Obama told the magazine. "That took a lot of courage, a lot of confidences in who you are and what you stand for."

The President said he knew there had been a remarkable "attitude shift -- in hearts and minds -- across America" even before the Supreme Court decision that the right to marry should be granted to LGBT, citing the generational difference he sees with his own daughters and their friends.

"To Malia and Sasha and their friends, discrimination in any form against anyone doesn't make sense. It doesn't dawn on them that friends who are gay or friends' parents who are same-sex couple should be treated any differently. That's powerful," the President said, adding that what he called "harmful practices" for young people like conversion therapy should be ended.

During Obama's 2008 campaign, he said he did not support same-sex marriage, a stance which he reiterated on various occasions until 2012, despite indicating he supported it in 1996 when he was a state Senate candidate.

During an interview on ABC in 2012, the President came out in support of the right of same-sex couples to marry.

"I had hesitated on gay marriage, in part, because I thought civil unions would be sufficient," Obama told ABC's Robin Roberts. "I was sensitive to the fact that -- for a lot of people -- that the word marriage is something that provokes very powerful traditions and religious beliefs."