Americans' Blood Pressure Control Improving, But What Else Can Be Done? 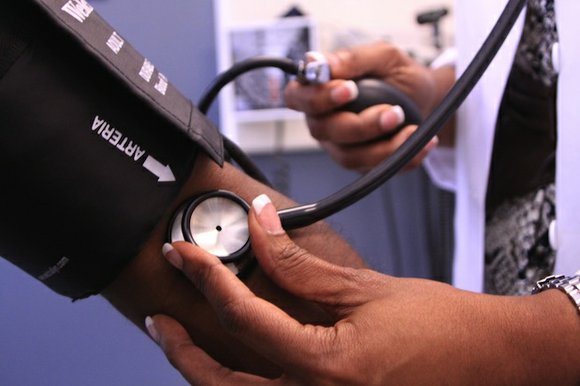 About half of black people and a quarter of white people have salt-sensitive hypertension, and the numbers are higher in older people, Mann said. You can see if your hypertension is affected by salt by reducing your intake for four or five days, such as by cutting out soups and processed foods and not eating out, and measuring your blood pressure at your drugstore before and after, Mann added.

If reducing salt is not enough, people with high blood pressure have an entire diet designed for them. Dietary Approaches to Stop Hypertension, or DASH, was developed by the National Institutes of Health and has been voted one of the best overall diets.

The DASH diet is high in fruits, vegetables and fiber, and low in sodium. It may further reduce systolic blood pressure by about 3 points compared with a regular low-sodium diet, according to a trial of DASH.

However, a drawback of the DASH diet is that it's high in carbohydrates. This can stimulate the appetite and make it harder for people to lose weight, Bisognano said. If you are trying to lose weight and lower blood pressure, diets such as Zone and South Beach, which balance carbs with protein and fat, may be easier to stick with for six months or so, he added.

Not every tasty treat is bad for your blood pressure. Research suggests that people who ate more dark chocolate over a period of two to eight weeks had lower systolic blood pressure by about 2 points. Antioxidants in cocoa, called flavanols, may help dilate arteries.

High blood pressure is another reason not to binge drink. Studies suggest that alcohol reduction interventions can reduce systolic blood pressure by about 4 points among people who consume between 30 and 60 drinks a week. The American Heart Association recommends that women stick to an average of one alcoholic drink a day and men to two.

It may not come as a surprise that meditation practices that aim to improve focus and reduce anxiety may also lower your blood pressure. An analysis of studies of transcendental meditation using a short mantra found it could reduce systolic blood pressure by nearly 5 points more than those who did not meditate or used other relaxation techniques.

"We know that transcendental meditation, and other relaxation techniques such as yoga, definitely work if done regularly. The question is, can people do it regularly?" Bisognano said.