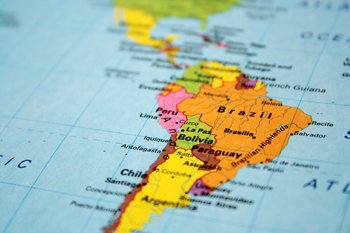 HOUSTON – (Nov. 17, 2015) – Trade and financial shocks in the form of collapsing commodity prices and reduced availability of external financing have worsened Latin America’s economic prospects in the past year, according to an issue brief from Rice University’s Baker Institute for Public Policy. South America, in particular, is expected to perform poorly into 2016, the brief predicts.

“Economic Turmoil in Latin America” was authored by José Antonio Ocampo, a nonresident fellow with the institute’s Latin America Initiative and professor of professional practice in international and public affairs at Columbia University. He is available to discuss his findings with media.

While the first part of the 2003-2013 decade was truly exceptional for Latin America in economic terms -- GDP growth reached a rate of 5.4 percent a year between 2003 and 2007 -- 2015 has been a year of weakening performance, said Ocampo, chair of the United Nations Economic and Social Council’s Committee for Development Policy. This is reflected, in particular, in the collapse of Venezuela’s economy, the deepening crisis in Brazil and the economic slowdown of most South American countries, which is not an isolated phenomenon internationally.

“At the international level, the spread of the slowdown in emerging economies is now associated with a contraction of international trade, particularly in value terms, and with the turmoil in emerging countries’ capital markets that was particularly strong in August and September,” Ocampo said. “The latter included China’s stock market collapse and its global repercussions and effects on commodity prices; the Aug. 11 devaluation of the renminbi; the downgrade of Brazilian debt to junk status by Standard and Poor’s on Sept. 9; and the major uncertainties surrounding the possible increase of the U.S. Federal Reserve funds rate. The latter has been deferred for the time being, thanks to the Fed’s decision on Sept. 17 to keep rates unchanged as a response to global uncertainties (though with the implicit assumption that rates would nonetheless be increased in the near future).”

“This is on top of the improvement in other dimensions of macroeconomic policy not analyzed here,” he said. “In any case, because of the growing intensity of the shocks and the reduced degrees of freedom for expansionary macroeconomic policies, Latin America and, in particular, South America will experience very weak performance both in 2015 and in 2016.”