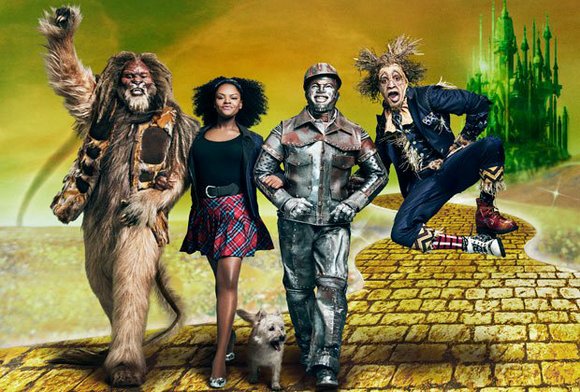 NBC dropped a new 40-second teaser for its upcoming live broadcast of “The Wiz,” with a first look at Queen Latifah as “the all powerful Wizard of Oz,” as her character proclaims in the clip.

We also get a first look at “Orange is the New Black” star Uzo Aduba as Glinda the Good Witch, Stephanie Mills as Auntie Em and Common as Emerald City’s Bouncer, who stands at the town’s entrance looking to hustle whatever he can from Dorothy and her crew.

Also seen in character for the first time is “Glee” star Amber Riley as Addaperle, the Good Witch of the North.

Ne-Yo as the Tin Man, David Alan Grier as The Cowardly Lion and Elijah Kelley as The Scarecrow are also shown.

Mentioned, but not appearing in the new trailer is Mary J. Blige, as the Wicked Witch of the West.

“The Wiz Live!,” introducing newcomer Shanice Williams as Dorothy, airs Dec. 3 from 8 to 11 p.m. on NBC.

Watch the new trailer below:

The Wiz Live! - Get Ready for the Live Event of the Season on December 3!