FRISCO, Texas (Nov. 17, 2015) – Today, officials announced the 2016 Toyota Texas Bass Classic (TTBC) will celebrate its 10th anniversary with a debut in the Dallas Moving to Dallas, Texas Area in 2016 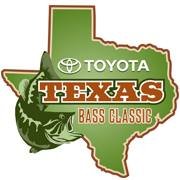 FRISCO, Texas (Nov. 17, 2015) – Today, officials announced the 2016 Toyota Texas Bass Classic (TTBC) will celebrate its 10th anniversary with a debut in the Dallas-Fort Worth Metroplex on Lake Ray Roberts. The three-day festival is scheduled for May 20-22, 2016, with the fishing competition taking place on Lake Ray Roberts (Denton, TX) and Toyota Stadium (Frisco, TX) hosting activities for the whole family. Proceeds from TTBC will continue to benefit the Texas Parks and Wildlife Department’s (TPWD) youth and urban outreach programs.

“Toyota has been a proud supporter of the Texas Parks and Wildlife Department since 2002, and Toyota is excited to spotlight another great fishery in the state of Texas through the TTBC,” said Katie Scallan, executive director of the Texas Bass Classic Foundation. “Toyota’s roots have been firmly planted in the great state of Texas since 1969 with the founding of independent distributor Gulf States Toyota, and for more than a decade with Toyota’s manufacturing facility in San Antonio where Tundras and Tacomas are now built. Toyota’s roots have deepened since announcing the relocation of its North American headquarters to Plano, and Toyota looks forward to continuing to promote and support the great resources Texas has to offer for many years to come.”

As host venue, Toyota Stadium will feature a wide array of family-friendly activities held in conjunction with the event. Fans can expect the return of the annual three-day, star-studded lineup of country music concerts, a large outdoor consumer expo and numerous outdoor family activities—all held in addition to the fishing action taking place at Lake Ray Roberts.

“We are looking forward to celebrating TTBC’s 10th Anniversary in the city of Frisco at Toyota Stadium,” said Lenny Francoeur, TTBC’s tournament director. “This world-class facility was built to host large scale events and will provide an amazing venue for TTBC fans and partners.”

Over the past nine years of the event’s history, the partnership between TTBC and TPWD has showcased some of the best fisheries that Texas has to offer while raising awareness of conservation efforts, and funding the department’s youth and urban outreach programs. To date, TTBC has donated $2.25 million to the TPWD and will continue its support in 2016.

“TTBC has been key to TPWD’s efforts to increase fishing opportunities in urban areas through our Neighborhood Fishin’ Program,” said Dave Terre, chief of research and management for TPWD’s Inland Fisheries Division. “About 100,000 people a year benefit from this program and about 50,000 of those are new to fishing. TTBC also supports a number of other conservation and outreach efforts aimed at involving more people in the outdoors.”

2015 TTBC Champion Brent Ehrler will join the 2016 TTBC field, alongside the top 15 in 2015 Angler of the Year points from each of the FLW Tour and Bassmaster Elite Series, and five chosen exemptions. The 36 anglers will compete on Lake Ray Roberts over three days, with the field being reduced to the top-10 for the final round on Sunday, May 22.

“I love competing in Texas because their lakes are some of the healthiest and most productive in the country, thanks in large part to the efforts of TPWD,” said 2015 TTBC Champion Brent Ehrler. “I am excited to return to Lone Star State and defend my TTBC title on Lake Ray Roberts in 2016.”

Ticket and concert information will be available in early 2016. For more information and event news, visit www.toyotatexasbassclassic.com.

About the Tournament: The Toyota Texas Bass Classic is a world-class bass fishing tournament, featuring the top 36 bass anglers in the world along with a festival to include exceptional entertainment and a variety of family and industry activities. This three-day event will take place May 20-22, 2016 at Toyota Stadium in Frisco, TX and Lake Ray Roberts in Denton, TX.

Events/Entertainment: Extraordinary live music and events that will appeal to the whole family. This will include a variety of games and activities at the Texas Parks and Wildlife Outdoor Adventures Area, incredible food and a fishing and outdoor industry expo, featuring seminars and the latest in equipment, gear and accessories.

for tournament news, updates, and more!

Ticket and concert information will be available in early 2016. For more information and event news, visit www.toyotatexasbassclassic.com.