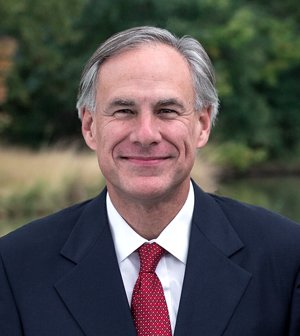 “We thank the Governor for this proclamation, which highlights the vital importance of general aviation to the state of Texas,” said Selena Shilad, Executive Director of the Alliance for Aviation Across America. “General aviation supports communities and businesses, as well as emergency medical care, law enforcement, forestry, and many other critical services.”

“General aviation is a vital part of a transportation system operated for the public benefit. It provides thousands of job as it brings the advantage of the airplane to every community and virtually every citizen in the U.S,” said Mark Baker, president of the Aircraft Owners and Pilots Association (AOPA). “We thank the Governor for recognizing the critical role of general aviation.”

"Business aviation helps companies to transport personnel and tools, reach multiple locations in one day and compete in an increasingly global economy,” said Ed Bolen, President and CEO of the National Business Aviation Association (NBAA). “This proclamation will help to raise awareness about the enormous economic impact of business aviation and our network of airports.”

“General aviation is an important part of our economy and our transportation network, and also an inspiration for many,” said Jack Pelton, Chairman and CEO of the Experimental Aircraft Association (EAA). “We thank the Governor and hope this proclamation will build awareness and enthusiasm about aviation.”

Greg Principato, President and CEO of the National Association of State Aviation Officials (NASAO) stated, “Texas airports support local jobs and important public services throughout the state. We thank Governor Abbott and David S. Fulton, Director of the Division of Aviation at the Texas Department of Transportation, for working to highlight the benefits of general aviation and community airports.”

“Aviation businesses provide opportunities for companies to compete in the global marketplace, stay connected and provide better customer service,'' said Thomas L. Hendricks, President and CEO of the National Air Transportation Association. “NATA and our member companies in Texas thank Governor Abbott for his support of aviation and for recognizing the importance of aviation businesses to communities across the state.”

“Helicopters and other general aviation aircraft are incredibly important to local law enforcement, search and rescue teams, and help businesses and communities stay connected to the tools, markets and critical services they need,” said Matthew Zuccaro, President of the Helicopter Association International (HAI). “We look forward to working with the Governor to continue to raise awareness about the importance of this form of transportation to Texas and our national economy.”

Formed in 2007, the Alliance for Aviation Across America is a non-profit, non-partisan coalition of more than 6,300 individuals representing businesses, agricultural groups, FBO’s, small airports, elected officials, charitable organizations, and leading business and aviation groups that support the interest of the general aviation community across various public policy issues.