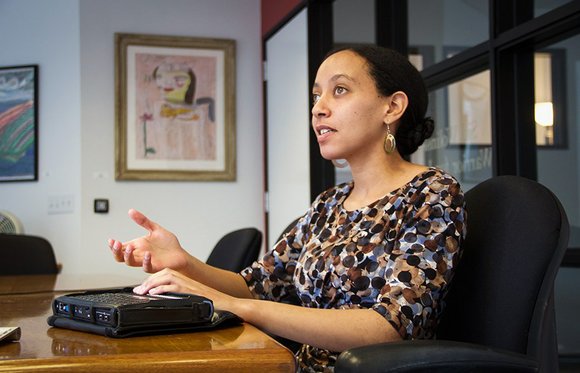 Haben Girma is our new hero. The 27-year-old lawyer is the first deaf-blind alumna of Harvard Law School.

In recognition of her achievements, she had the exclusive opportunity to meet President Obama and give the opening remarks during the 25th Anniversary of the ADA [Americans with Disabilities Act] at the White House.

Haben, who was also on Harvard’s Ballroom Dance Team, is originally from the East African country of Eritrea. Her older brother was also born deaf-blind, and the pair was told their disabilities were “…a curse on the family.”

Haben said her grandmother believed “there was simply no chance” of her getting an education, but a move to California opened up a new world of opportunity when Haben’s mother, Saba Gebreyesus, learned that she and her brother had a legal right to an equal education under the Individuals with Disabilities Education Act (IDEA).