Is Tracy Morgan Gearing Up To Play Redd Foxx In New Biopic? 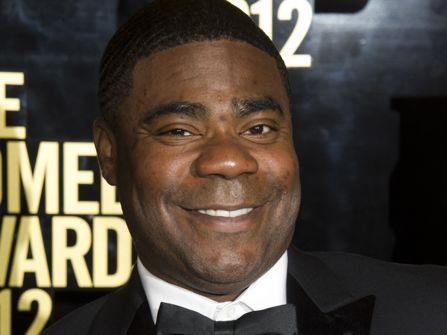 Anyone looking for official merchandise from the estate of late comedian Redd Foxx will have their chance as personal memorabilia from comedian’s estate is set to be auctioned off.

Media sources report that Nate D. Sanders Auctions will auction various items that include numerous awards and personalized scripts as well as inscribed photos by James Brown and Louis Armstrong, a Mike Tyson signed photo of the boxer and Foxx on the set of “Harlem Nights,” a pendant given to Foxx’s wife from Bob Hope and oil paintings of Foxx.

The auction will take place today, Nov. 19. To bid on the items in Foxx’s estate online, visit www.natedsanders.com.

In other Redd Foxx-related news, Tracy Morgan is reportedly in final negotiations to portray him in the upcoming Richard Pryor biopic, “Richard Pryor: Is It Something I Said?”

Noting Foxx’s status as a comedy legend, Morgan commented in a statement that was released with news of him playing the former “Sanford and Son” star.

“Mr. Foxx, I hope I do you justice!” said Morgan. “It will be an honor to portray an icon.”

News of Morgan playing Foxx on the big screen comes after the former “30 Rock” fixture continues on his road to a full recovery following a highway accident that left comedian James McNair dead and Morgan seriously injured.