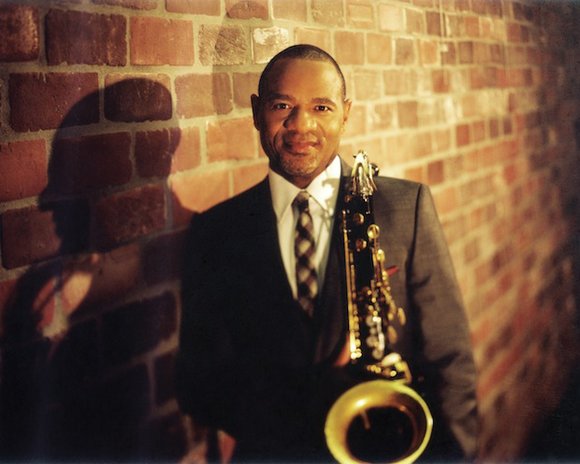 Texas Southern University will hold its winter commencement ceremony at 9:30 a.m., Saturday, Dec. 12 in the H&PE Arena. Kirk Whalum, a GRAMMY® Award winning saxophonist and one of the university’s most outstanding graduates, will receive the The Honorary Doctorate of Humane Letters, the university’s highest honor, and serve as Commencement Speaker.

About Kirk Whalum: Kirk Whalum, born July 11, 1958 in Memphis, Tennessee, was surrounded by music as he grew up in the R&B capital of the South. Kirk attended Melrose High School and Texas Southern University where he was a member of the World Famous Ocean of Soul Marching Band. In addition to singing in his father's church choir, Whalum also learned to love music from his grandmother, Thelma Twigg Whalum, a piano teacher, and two uncles, Wendell Whalum and Hugh "Peanuts" Whalum, who performed with jazz bands around the country. These influences proved lasting, as he told John H. Johnson's magazine "Ebony Man" in a 1994 profile, "The music I like to play and write encompasses the four elements I grew up with: Memphis R&B, gospel, rock, and jazz. The emphasis, though, is on melody, period."

In 1986, he performed at Jean Michel Jarre's giant concerts Rendez-Vous Houston and Rendez-Vous Lyon. At each concert, he performed the track Last Rendez-Vous, AKA Ron's Piece in place of Jarre and Whalum's mutual friend, saxophonist and astronaut Ron McNair, who died in the Challenger disaster. As part of the Challenger mission, McNair was due to perform the piece live from space as part of the Houston concert. The '90s also brought Whalum a diverse series of session and touring jobs, working with artists like Whitney Houston, Willie Norwood, Babyface, Nancy Wilson, Yolanda Adams, Take 6, BeBe & CeCe Winans, Barbra Streisand, Kirk Franklin, Edwin Hawkins, Quincy Jones, Kevin Mahogany, Al Green, and Luther Vandross. He also has worked on a number of film scores, including those for The Prince of Tides, Boyz n the Hood, The Bodyguard, Grand Canyon, and Cousins (film).

In 2005 Whalum recorded the Babyface Songbook (2005) with R&B icon Babyface's best songs of the past 15 years, including "Exhale (Shoop Shoop)," "I'll Make Love to You," "When Can I See You," and others. Joining in the intimate and stylish proceedings are other smooth jazz notables, including trumpeter Rick Braun, soprano saxophone player Dave Koz, and guitarists Norman Brown and Chuck Loeb among others. Whalum also contributed to the 2008 documentary film Miss HIV.

He has recorded a series of well-received solo albums and film soundtracks, with music ranging from pop to R&B to smooth jazz. Kirk’s musical accomplishments have brought him a total of 12 Grammy nominations. Kirk won his first Grammy award in 2011 for Best Gospel Song (“It’s What I Do”-featuring Lalah Hathaway) alongside lifelong friend and gifted writer, Jerry Peters.