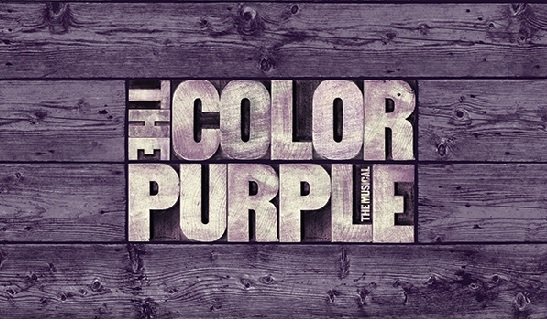 DIRECTED AND DESIGNED BY

At Broadway’s Bernard B. Jacobs Theatre

THE COLOR PURPLE will begin preview performances on Tuesday, November 10 at the Bernard B. Jacobs Theatre (242 West 45th street) and will officially open on Thursday, December 10.

Tickets for THE COLOR PURPLE, which start at $75, are currently on sale through Telecharge.com.

PHOENIX BEST is a recent graduate of DeSales University and is making his Broadway debut with this production. Regional credits include Les Miserables, Oklahoma!, Henry V, and Two Gentleman of Verona.

LAWRENCE CLAYTON most recently starred as Joe Boyd in Damn Yankees at the Ordway Theater in St. Paul, MN. Broadway appearances include Bells Are Ringing, It Ain’t Nothin but the Blues, The Civil War, Once upon a Mattress, and Dreamgirls. Off Broadway includes Crowns (Second Stage), Saturn Returns and Romance in Hard Times (Public), and Judas in Jesus Christ Superstar (The Theater at MSG). Regional credits include productions of Big River, Jesus Christ Superstar, The Boys from Syracuse, Betsy Brown, Sophisticated Ladies and Avenue X. He has appeared as the Tenor in Too Hot to Handel with the Baltimore and Colorado Symphonies and has also starred as Montel/Jesus in the New York Premiere of Jerry Springer the Opera at Carnegie Hall (also at Sydney Opera House). TV credits include “Homeland,” “The Good Wife,” “The Big C,” “All My Children,”” Another World,” “As the World Turns,” “One Life to Live,” “Deadline,” and “Law and Order: CSI,” among others.