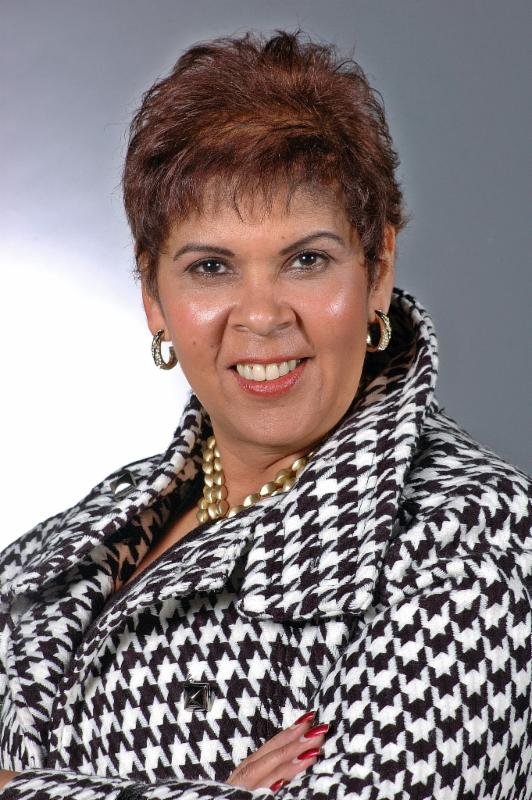 WASHINGTON (October 6, 2015) - The National Association of Black Journalists (NABJ) mourns the passing of former NABJ President Sidmel Estes (1991-93). Estes was the first woman to be elected president of the association. She also served as an NABJ regional director and president of the Atlanta chapter. Estes, 60, died October 6.

Estes began her career at WAGA-TV/Fox 5 in Atlanta, where she served as the executive producer of numerous programs. She was the co-creator and executive producer of "Good Day Atlanta," which became the number one show in its market and won seven Emmy Awards under her direction. In 2006, Estes left WAGA-TV to start BreakThrough Inc., a media consulting firm with clients including the Frederick Douglass Family Foundation, the McCormick Tribune Fellows Foundation, the Tupac Amaru Shakur Foundation and the Atlanta Center for Creative Inquiry. She also taught as an adjunct professor at Emory University and Clark Atlanta University.

A pioneer and journalism industry veteran, Estes' contributions will never be forgotten.

"NABJ grieves for Miss Sidmel. Our hearts are so heavy. Sidmel's in-your-face leadership style was my introduction to the best of NABJ as a new student member in 1993," NABJ President Sarah Glover said. "'Holy smokes! This lady is for real,' I thought. She took news organizations to task and members, too. If you were not doing right, she would not hesitate to let you know. Sidmel was an admired journalist and loving mother. She was the working woman that media moms could model and aspire to be. She handled all her roles gracefully.

"I'm so sad she is gone, but her passion and love for NABJ lives on in all of us."

During Estes' tenure as president of the association, NABJ increased its membership to more than 2,000 journalists and was included in Ebony magazine's list of Top 100 Black Organizations. In 1994, she was a leader and co-creator of the first UNITY: Journalists of Color conference, and was instrumental in the release of its report, "Kerner Plus 25: A Call For Action," which outlined steps the media industry should take to improve racial diversity.

NABJ Vice President of Broadcast Dorothy Tucker recounts the advice and mentorship that Estes offered to many.

"At Northwestern, Sid was the big sister who would give you about five seconds to cry on her broad shoulders before delivering the message that defines of our world: 'Now wipe your eyes and get your a-- back out there.'" Tucker said.

As a result of her commitment to the community, Estes has received numerous awards from civic, community and church organizations. During her career in television and journalism, she has been recognized numerous times. Atlanta's Mayor Andrew Young proclaimed "Sidmel Estes-Sumpter Day" on November 18, 1988, after she was named Media Woman of the Year by the Atlanta Chapter of the National Association of Media Women. She was featured in Ebony's 100 Most Influential Black Americans in 1993, and in More Magazine's book "50 Over 50."

Estes was honored with the Silver Circle Award from the Television Academy and has won several Emmy Awards. She received Northwestern University's Alumni Service Award after being elected as president of the Northwestern Black Alumni Association in 2004.

"She was a giant in our industry who helped countless young people achieve their dreams of becoming journalists through her presidency of the National Association of Black Journalists and, recently, as an adjunct professor at Clark Atlanta University," AABJ President Eric Stirgus said in a statement from the chapter.

Estes is survived by two sons, Joshua and Sidney.

NABJ extends its sincerest condolences to Estes' family and the countless friends within the journalism community who she leaves behind. The association will provide information on her funeral and where condolences can be sent as soon as those details are provided.

An advocacy group established in 1975 in Washington, D.C., NABJ is the largest organization for journalists of color in the nation, and provides career development as well as educational and other support to its members worldwide. For more information, please visit www.nabj.org.