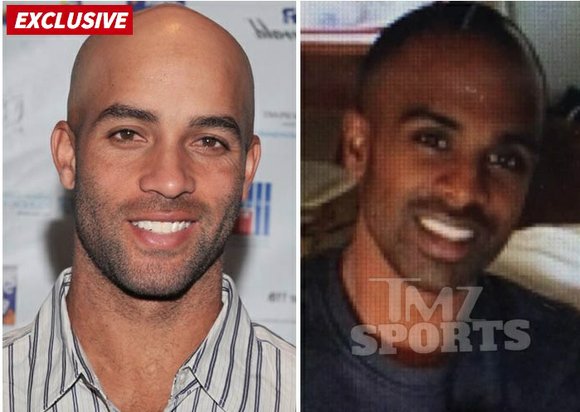 The man on the right was NYPD's person of interest. The man on the left is former tennis star James Blake./credit TMZSports and BlackMediaScoop

Retired tennis star James Blake is calling for the NYPD to fire the officer who wrestled him to the ground last month, reports TMZ.

Blake was a guest on Cari Champion’s podcast “Be Honest” Thursday and blasted Officer James Frascatore, who slammed Blake to the ground in New York last month after mistaking him for a criminal suspect.

The NYPD has apologized, but wants Frascatore fired, as well as other officiers of his ilk.

“We need to make sure officers like [Frascatore] don’t get their gun and badge back and have that feeling of invincibility just because they have a badge,” he told Champion.

Frascatore’s police record has been under attack since the incident, with reports that he’s been the subject of five civilian complaints in 7 months and 2 excessive-force lawsuits.

Blake says he’s fortunate that his incident was caught on video — but says he’s taking such a public stand to help people who went through similar situations but weren’t so lucky to have a camera rolling.