Why Rick Moranis Turned Down Ghostbusters 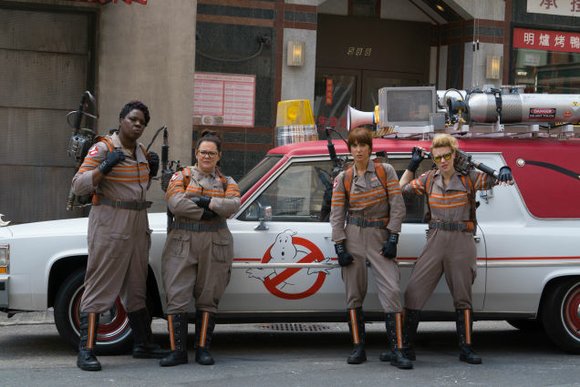 The female-fronted reboot of Ghostbusters is on its way, and will bring with it some familiar faces. While contemporary comedic icons such as Kristen Wiig and Melissa McCarthy will be taking center stage, numerous members of the original franchise – such as Bill Murray and Sigourney Weaver – will turn up in varying capacities to pass the baton off to a new generation. However, one member of the cast has confirmed there’s no way he will return. That cast member is Rick Moranis, and we can’t exactly fault his reasons.

In an interview with The Hollywood Reporter, Moranis revealed that unlike many of his Ghostbusters co-stars, he had a distinct lack of interest in appearing in the upcoming reboot:

I wish them well. I hope it's terrific. But it just makes no sense to me. Why would I do just one day of shooting on something I did 30 years ago? ... [It] didn’t appeal to me.

In the years since Rick Moranis joined the ranks of the Ghostbusters as accountant Louis Tully, he appeared in numerous classic comedies such as Spaceballs as well as Honey, I Shrunk The Kids. Moranis tragically lost his wife to a battle with breast cancer in 1997, which caused him to assess his priorities regarding a balance between work and family. In the years since we last saw him onscreen, the actor did not retire – a myth that continues to perpetuate to this day – but instead shifted his focus towards work that draws less of a spotlight to him and his family. He has continued a successful career across numerous endeavors that include voiceover work, comedy albums, and writing. Describing himself as "picky," he concludes that he simply cannot bring himself to sign on to Paul Feige’s reboot.

During the interview, Moranis also comments on the reason people want to see a movie like Ghostbusters return to the big screen. Essentially, it all boils down to a certain amount of restraint that was characteristic of 1980’s comedies, which modern comedies – such as Neighbors or Ted – don’t share. He’s not necessarily condemning modern comedies, but merely remarking that a film like Ghostbusters invokes a certain degree of nostalgia for a type of comedy we seldom see these days.

The THR interview really has a strong effect of humanizing the actor. It makes one realize that as much as fans demand to see an iconic part of the Ghostbuster franchise return for a reunion, he has personally moved on and has no interest. In a way, that could be considered a good thing; the less elements from the original that return for the reboot, the more the reboot will have to stand on its own merits. The Ghostbusters reboot stars Kristen Wiig, Melissa McCarthy, Kate McKinnon, and Leslie Jones and will hit theaters – Moranis-free – on July 15, 2016.