Congressman Hank Johnson Featured in an Exclusive Interview on AJC Radio's Spotlight on Capitol Hill... Where A Just Cause Puts the Spotlight on Members of Congress and Their Legislation 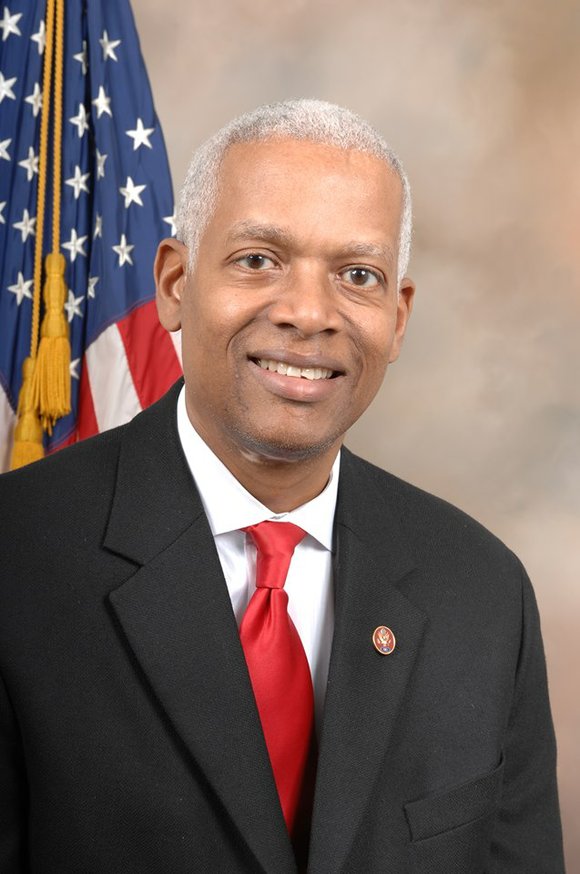 "'Spotlight on Capitol Hill' has gained momentum as we continue to bring our listening audience information about the excellent work being done by members of both the House and the Senate. Everyone on Capitol Hill is talking about AJC Radio's segment, Spotlight on Capitol Hill," says Lamont Banks, A Just Cause Executive Director. "We've done spotlights on notable members of the House and Senate including: Congressman Charles Rangel (D - NY), Senator Charles Schumer (D - NY), Congressman Cedric Richmond (D - LA), Congressman Hakeem Jeffries (D - NY), Congresswoman Nancy Pelosi (D - CA), Senator Orrin Hatch (R - UT), Congresswoman Judy Chu (D - CA), Congressman GK Butterfield (D - NC), Senator Patrick Leahy (D - VT), Senator Ted Cruz (R-TX), Congressman Jim Sensenbrenner (R - WI), and Senator Mike Lee (R - UT). "We do everything within our power to share as much information as possible about the members of Congress, granted we may not have the opportunity to always bring our listeners a live one-on-one interview," adds Banks. "Spotlight on Capital Hills brings a different perspective to the heart of Americans, and illustrates that many of our elected officials are concerned about the future of our country and legislation impacting the American people," concludes Banks.

"This week we have chosen to shine the spotlight on Congressman Hank Johnson of Georgia, who was elected in 2006, in Georgia's Fourth Congressional District in the eastern suburbs of Atlanta," Banks explains. "AJC Radio will recognize his pursuit of Justice, Civil Liberties and Government Accountability," says Banks.

Now in his fifth term, Congressman Hank Johnson has distinguished himself as a substantive, effective lawmaker and a leading national progressive voice. Named one of the most effective Democrats in Congress by a University of Virginia and University of Vanderbilt study, Rep. Johnson has proven his ability to get things done. (http://hankjohnson.house.gov/about-me/full-biography)

According to his post on the Judiciary Committee, Congressman Johnson will continue to support efforts to rid our criminal justice system of discriminatory practices and serve as a check against undue government interference in the daily lives of Americans. He also vows to continue to provide federal and local law enforcement with the resources needed to fight crime effectively and humanely. Congressman Johnson believes: The criminal justice system is ridden with injustice that penalizes minority and poor Americans. Mandatory minimum sentencing is fundamentally unfair. The death penalty is immoral. The government should serve and protect -- not harass or inconvenience -- American citizens. The government should not detain or spy on Americans without a warrant. (http://hankjohnson.house.gov/issue/justice-civil-liberties). We need more people like Hank Johnson who stand for justice in America," declares Banks.

Congressman Johnson has introduced the Effective Death Penalty Appeals Act in 2009, which would ensure that death row inmates have the opportunity to present newly discovered evidence of innocence. He cosponsored the successful Second Chance Act of 2007, which will lower crime rates in communities by increasing the care and aptitude with which the criminal justice system deals with ex-prisoners, probationers, and recidivists. He also cosponsored the Local Law Enforcement Hate Crimes Prevention Act, which passed the House. It enables the federal government to assist local law enforcement with the investigation and prosecution of hate crimes. Notably, Congressman Johnson cosponsored the Emmett Till Unsolved Civil Rights Crime Act, which passed the House. It directed the Department of Justice to open an office for the investigation of unsolved civil rights crimes committed before 1970. He also cosponsored the COPS Improvement Act, which passed the House. It expands the authority of the Attorney General to make grants for public safety and community policing programs. (hankjohnson.house.gov/) "These are examples of legislation supported by Congressman Johnson are right in line with the initiatives of A Just Cause," says Banks.

"During our exclusive interview with Congressman Hank Johnson, he shared his position on a variety of issues facing America. AJC Radio host had the opportunity to discuss issues of Criminal Justice Reform," notes Banks. He spoke candidly about state courts neglecting to charge police officers for the killings and assaults against unarmed African American men and women. "We have to make adjustments in our laws to accommodate the present-day realities of things, and some of these systems that we put into place are working to our detriment," says Congressman Johnson. He championed the Demilitarization of Local Law Enforcement Agencies in 2014 as a result of a militarized response to peaceful protesters in Ferguson, MO. During the interview he addressed the actions that led him to introduce legislation such as the Grand Jury Reform Act and the Police Accountability Act.

Formerly a magistrate judge, the congressman expressed his personal views and the need for judges who have "a heart for the people" to AJC Radio host. "Congressman Johnson's passion to eradicate the discriminatory practices plaguing law enforcement and the grand jury process is to be commended. His response to racial disparity concerning mandatory minimum sentencing and the animalistic treatment of inmates in the federal prison system is compelling, and we were honored to have him as a guest on AJC Radio," adds Banks.

AJC Radio will spotlight Bills/Resolutions sponsored or co-sponsored by Congressman Johnson including, but not limited to legislation regarding reforming our criminal justice system, law enforcement accountability, government oversight, and Civil Rights.

"We make every effort to get the members of Congress to call in and speak to the initiatives we are discussing, but as everyone knows, their schedules can be very hectic. The spotlights have become a great opportunity for the listeners to tune in every week, and get information about elected officials from coast to coast. You never know what surprise guest might be on the air," Banks concludes.

AJC Radio is an Internet radio presentation produced by the advocacy group, A Just Cause (www.a-justcause.com). The program is designed to captivate the American people by dissecting the United States' judicial system, and exposing the hard truths. AJC Radio ".takes the message of justice around the world." as the panelists review wrongful convictions, judicial misconduct, and mass incarceration across the U.S. The show provides emotional, as well as entertaining dialogue on issues that may be considered controversial by some, but raw truth by others. AJC Radio promises to deliver open discussions about prosecutorial and judicial abuse in the U.S., with the objective of making the show unique, cutting edge, and intriguing to all listeners.