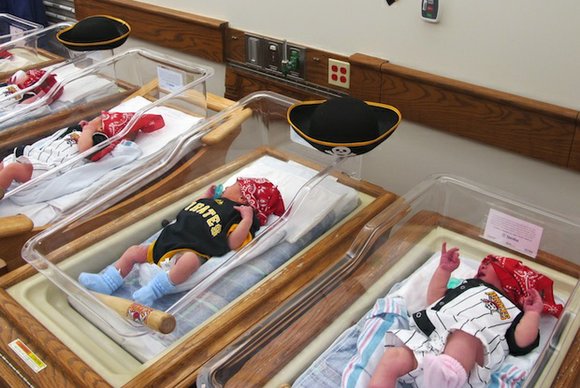 (CNN) -- Want to have a healthier and taller baby? You may want to aim for having a child in the summer months. Sunlight may be key to this phenomenon, according to scientists in Cambridge, England, who came to this conclusion after looking at data from nearly half a million people in the United Kingdom.

They found that babies born in summer months fared better on three health fronts: birth weight, height and age of puberty. Their research builds on other studies that have also suggested summer may be the optimum time to give birth.

Babies born in June, July and August were more often a healthy birth weight. The sweet spot for a healthy birth weight is between 5.5 pounds and 8.8 pounds. Babies who weigh less than 5.5 pounds at birth are more prone to infection in those first few months and may have long-term problems such as learning disabilities and delayed motor and social development. People who are underweight are 70% more likely to be in fair or poor health later in life, earlier studies have shown. Low birth weight also affects a person's chance for success. Low birth weight babies are more apt to drop out of high school and typically earn less as adults, other studies show. Babies born too heavy have a much greater risk for developing leukemia compared to normal-weight births, studies show. Later in life these babies are also at higher risk for diabetes, obesity and metabolic syndrome.

Babies born in the summer months tend to be taller, according to the study. Stroke, Alzheimer's and heart disease are more common among those who are short, earlier studies have shown. Taller people do tend to be more susceptible to developing type 1 diabetes, and one study showed that taller women have a heightened risk for ovarian and breast cancer; however, when it comes to socioeconomic factors, taller people tend to earn more, get more promotions, more dates, and are asked to fill more leadership positions, research shows.

One thing the current study didn't show is summer babies doing better in school. Dr. John Perry, a geneticist at Cambridge and the lead author on the study, said that may be in part because children born in August start school at an age that makes them nearly a year younger than their peers. The younger a student is compared to their classmates the less success they have in class, earlier studies have shown.

Summer newborns, at least the girls, start puberty later in life, according to the study. Early puberty, what doctors call precocious puberty, in girls and boys (who start puberty before age 10) can lead to struggles with emotional challenges and mental health issues. Early puberty for girls is also a risk factor for type 2 diabetes, obesity, metabolic syndrome and cardiovascular disease in later life, research shows.

Why is summer better?