Southwest Airlines Flight Turns Back to LAX Amid Violence on Board 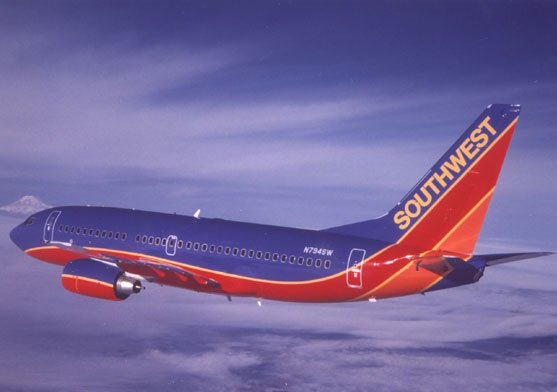 By Jethro Mullen and Joe Sutton

(CNN) -- A Southwest Airlines jetliner bound for San Francisco had to turn around mid-flight and go back to Los Angeles after things got violent between two passengers on board the plane.

"Our initial information is that flight attendants swiftly coordinated with pilots on the flight deck to get the aircraft on the ground safely and quickly after a physical altercation by one passenger against another," said Melissa Ford, a spokeswoman for the airline.

The pilot landed the Boeing 737-300 back at Los Angeles International Airport and taxied to a gate where police entered the cabin, Ford said.

She didn't provide details on the midair confrontation aboard Southwest Flight 2010 but described it as a "rapidly escalating situation" between two passengers who weren't traveling together.

One of the passengers was removed from the flight, Ford said. The other 136 passengers were transferred to another plane and were expected to arrive in San Francisco early Monday, five hours after their scheduled arrival time.

Los Angeles Airport Police tweeted that they had responded to a call about "a passenger disturbance" aboard a Southwest flight. They declined to provide further information about the incident over the phone early Monday.