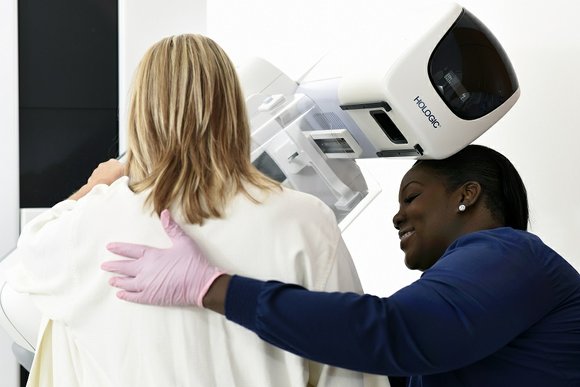 HOUSTON – (Oct. 21, 2015) – With the recent announcement of revised breast cancer screening guidelines that lean toward a later and less frequent approach for average risk women, some may be confused about what screening plan path to take. Experts from the Lester and Sue Smith Breast Center at Baylor College of Medicine offered advice to help sort through the confusion.

“The American Cancer Society guideline changes relate only to those women of average risk,” said Dr. Emily Sedgwick, director of breast imaging in the Smith Breast Center. “Women with known risk factors do not fall into this group and should follow a different screening plan as recommended by their doctors.”

Bottom line, every woman should take a proactive role in knowing and understanding their risk for breast cancer. “Unfortunately, three out of four women I diagnose with breast cancer have no risk factors,” Sedgwick said.

It is important to note the revised guidelines said women between the ages of 40 – 44 have the choice to start annual mammograms if they wish to do so.

Those known risk factors include:

Women with a strong family history – first degree relative such as a mother, daughter, sister

Known genetic mutation such as the BRCA gene

Having a dense breast tissue on mammogram

It has been shown that women who have dense tissue on their mammograms are at least four times more likely to develop breast cancer. If a woman does not receive her screening mammogram at age 40, she would not know if she was at increased risk of developing breast cancer.

A link to the new guidelines, announced by the American Cancer Society yesterday, can be found online here. The group calls for screening to start at age 45 for average risk women and continue annually through age 55. Patients may choose to have an annual exam or every other year after age 55. Women should continue to have mammograms as long as they are in good health.

Women with a family history should start screening 10 years younger than the diagnosis age of the first relative. For example, if mother was diagnosed at 40, daughter should begin at age 30.

Younger women are still diagnosed with breast cancer, which is a constant source of confusion surrounding screening guidelines. It’s important to know the facts, Sedgwick said.

“Most women who are diagnosed are postmenopausal,” she said. “But about 25 to 30 percent of women are diagnosed below the age of 50 which is a significant number of women.”

It is important to talk to you doctor and make a decision when to start, she said.

“The issue with younger women and early screenings is that they tend to have more false positives,” said Sedgwick. “False positives may lead to more follow up tests including additional mammograms, biopsies, MRIs and ultrasounds. This testing, even if normal, can be psychologically stressful for some time to come. We overcome some of that anxiety by providing same day mammography work-up and biopsy at the Smith Breast Center.”

Sedgwick said the introduction of new technology, such as the three dimensional mammography screening, reduces false positives, which can be a particular problem in younger women with dense breast tissue.

“The issue of cancer screening guidelines and constant revisions is heavily reported in the news,” said Sedgwick. “I encourage women to understand their own risk of developing breast cancer and to work with a physician who can help them understand. A physician can help you make sense of what may be misleading information reported on a very important topic.”

The Smith Breast Center is a major component of the Dan L. Duncan Cancer Center at Baylor, an NCI-Designated Comprehensive Cancer Center.