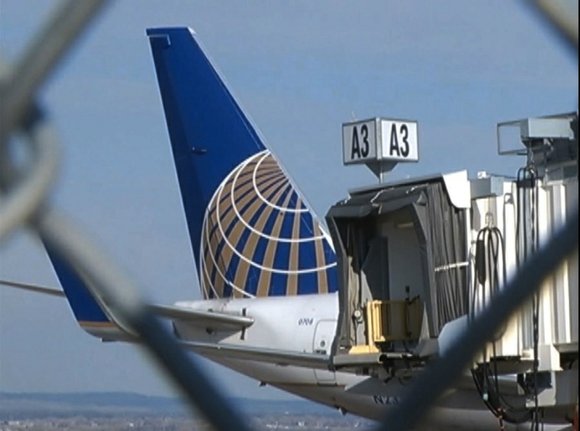 Turbulence roughs up airline passengers and no one still knows the cause.

The airline said Thursday that sales in the third quarter were down from a year ago and profits missed forecasts.

And while falling jet fuel prices have helped United save money, the airline said the weakness in the energy sector is now hurting demand as fewer oil workers take business trips.

Then there's the internal turmoil at United.

United said on Monday that Munoz, 56, would be taking a medical leave and named its general counsel, Brett Hart, to be its acting CEO.

In a statement Thursday, Hart thanked United's employees for their "hard work, professionalism and contributions" and added that "the United family has had a challenging few weeks."

Hart said United would continue to work on the agenda put into place by Munoz to try and boost the airline's profit margins.

Munoz replaced Jeff Smisek, who resigned last month in the wake of some questionable dealings with the Port Authority of New York & New Jersey.

United started running twice-weekly direct flights from Newark to Columbia, South Carolina -- not far from a vacation home of former Port Authority chairman David Samson -- in 2012. Those flights ended days after Samson stepped down in March 2014.

The route was reportedly dubbed "the chairman's flight" and was thought to be United's way of currying favor with the Port Authority.

But the Port Authority scandal was only one problem for Smisek and United.

The airline is still grappling with integration issues related to its merger with Continental five years ago.

United has ranked near the bottom of several recent customer satisfaction surveys. It also suffered an embarrassing technical glitch this summer that grounded its flights.

Wall Street was hoping that Munoz would help repair United's image with travelers.

Munoz was previously president at railroad CSX and also has years of experience at consumer-oriented companies, having served as an executive at Coke, Pepsi and AT&T.

United should be doing better. The airline industry has thrived during the past few years thanks to lower energy prices and more rational pricing.

United also benefited from the drop in oil prices. Jet fuel expenses were $1.2 billion lower in the quarter, compared to last year.

But the dramatic plunge in crude prices is no longer universally good news for United. The company cited "travel reductions from corporate customers in the energy sector" as one reason why sales were soft.

United's stock is down more than 15% this year and has lagged rivals such as Delta, Southwest and JetBlue. Shares have fallen more than 3% since United said Munoz was in the hospital.

With that in mind, the decision to name Hart as the acting CEO disappointed one Wall Street analyst.