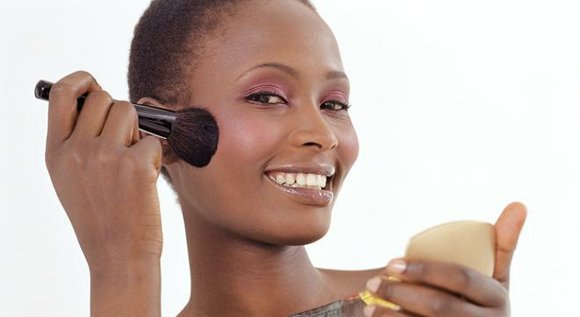 A shady debate is brewing between Black Opal and many of their loyal customers.

If you’ve been following the brand’s Facebook pages, you may know that they’ve been taking some heat for their beauty campaign, which launched last fall, which declared ‘Beauty comes in ALL shades, and Black Opal is for EVERY shade of beauty!”

While the ads featured multiple different shades of women, the one being shared most often on their social networks, it seemed, was an image of a White woman. Accompanying the image were the hashtags #defystereotypes and #iDefineMyBeauty.

Naturally, since most of us associate Black Opal with Black women, customers were deeply hurt at the implication that one of their most beloved brands was abandoning the customer base it was built on.

And they weren’t afraid to express it. On Black Opal’s social media pages, women began expressing their concerns, but the brand reportedly removed many of the comments.

Clutch Magazine was able to capture a few of the comments, however.

Black Opal responded to the controversy describing their brand’s evolution. They wrote:

Although originally founded in the United States to address skin issues for African Americans, with the evolving US landscape and its global expansion into more culturally diverse markets, Black Opal now provides beauty solutions for a wide array of ethnicities, cultures and multihued skins of color.

Today we are are a brand for every shade of beauty and as our founder, Carol Mouyiaris stated in the 1995 article below “We are not exclusive.”

While we are here for complexion inclusion, the response to their Black customer’s concerns from a brand that has traditionally been linked to women of color seems a little strange.

Moreover, as fans of Black Opal, we want to see them succeed. Yet the number one rule of business is never to alienate your customer base, especially over deeply sensitive issues like this. Perhaps, before things go too far, they simply need to address their customers concerns as valid. And writing things like “we are not exclusive” probably isn’t the best way to go, as it feels just a TAD condescending accusatory.

Let’s be real here — we KNOW Black women are painfully underrepresented in beauty brands and campaigns.

… There seems to be quite a bit of evidence pointing in the direction of Black Opal being created to address the skin care needs of black women. Perhaps they’ve exhausted the black dollar and now want to branch out. That’s fine. Just don’t insult your consumer’s intelligence by telling them that they were never your priority when your WEBSITE and overall longevity in the beauty industry clearly illustrates otherwise

With so few makeup brands dedicated to women of color, do you feel Black Opal should retain its identity?

Do you feel their comments were insensitive? Let us know!

For more information go to http://www.blackamericweb.com