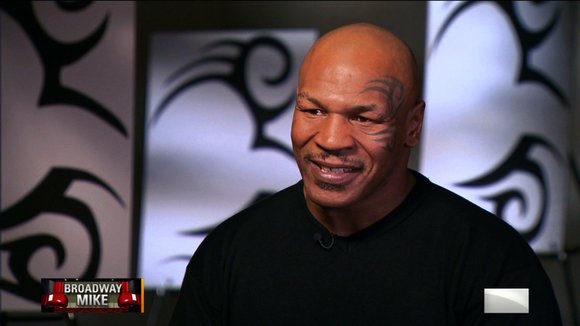 Mike Tyson talks to CNN's Rachel Nichols about the "biggest fight" of his life.

Hmm, why are we so not surprised that Mike Tyson is down with Donald Trump.

We found that out earlier today when the former heavyweight boxing champ dropped by HuffPost Live Monday and said he has no problem with Trump being elected president.

“He should be president of the United States,” Tyson told host Alex Miranda.

And just be sure she heard him correctly, Miranda asked Iron Mike if he’d vote for Trump.

“Why wouldn’t anybody like that? A guy that came from where he came from, doing what he’s doing in that field, and now this is where he’s at now. You know what that means? That doesn’t mean he’s a bad guy and the people don’t know what they’re doing, that means the people are tired of what you’re doing, what you’ve been doing the last 20 years.

Tyson’s endorsement shouldn’t come as a surprise. As you might have guessed, Tyson and Trump go waaay back to the 80s when Trump was a promoter of some of Tyson’s fights.