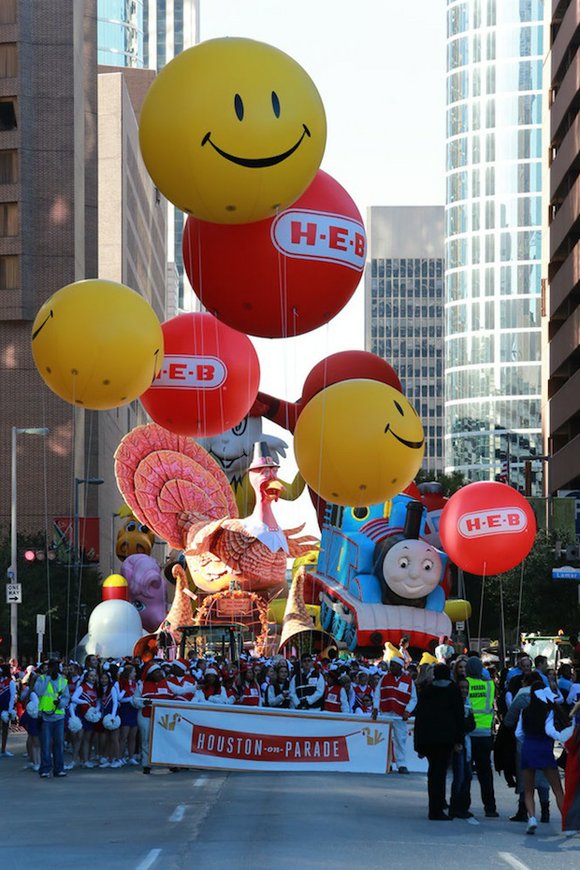 Mayor Annise D. Parker will kick off the holiday season Thursday, November 26th as they lead the 66th Annual H-E-B Thanksgiving Day Parade through downtown Houston. This year’s tribute celebrates Houston on Parade with a stellar showcase of the city’s finest attributes. After all, Houston is artistic, global, sporty and most of all, family.

“The H-E-B Thanksgiving Day Parade exemplifies Houston’s world class status with a showcase of local talent, international flare and a dose of Texas tradition,” said Mayor Annise D. Parker. “We are looking forward to launching the holidays with one of Houston’s BEST events.”

"H-E-B is always thankful for the privilege to celebrate - whether it’s leading a fantastic parade through downtown, sharing with those without or filling holiday tables with the freshest and most flavorful foods available,” said Cyndy Garza Roberts, Public Affairs Director, H-E-B. “We are proud to join Mayor Parker in ensuring this holiday tradition continues to celebrate Houston families and Houston’s very best.” 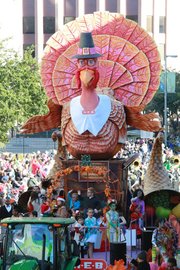 Houston’s first Thanksgiving Day Parade began in 1949 when Santa arrived at Union Station and rode his sleigh to the downtown Foley’s. Today, the annual Holiday Parade is produced by the Mayor’s Office of Special Events and will begin on Smith at Lamar, north to Walker, east to Milam, south to Pease, west to Louisiana, north to Clay, west to Smith, and north to end at Smith and Dallas.

To ensure a full-access parade route, the 66th Annual H-E-B Thanksgiving Day Parade begins at 9 a.m. and is free to the public. Curbside space along the route for lawn chairs and blankets will be plentiful. Arrive early to partake of the food truck offerings stationed throughout the route.

Easy access parking is available along the route. Metro buses will be running on holiday schedule. For route and schedule information, please visit Metro or call them at 713-635-4000.