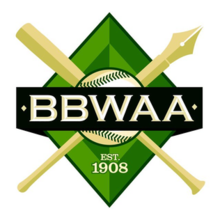 HOUSTON, TX - The Houston Chapter of the Baseball Writers Association of America has announced their annual awards for the 2015 season. These awards recognize the top Astros performers as well as a Major League player that is a native of the Houston area:

Additionally, the chapter also announced that Kristie Rieken of the Associated Press will return as their Chairperson for 2016.

LHP Dallas Keuchel is the first Astros pitcher to win the team MVP award since RHP Doug Jones (1992), and the first to win the team Pitcher of the Year Award in back-to-back seasons since RHP Roy Oswalt (2006-07). In 2015, Keuchel established himself as one of the top hurlers in the Majors and is a strong candidate for the AL Cy Young Award. In his 33 starts, Keuchel was 20-8 with a 2.48 ERA. Among AL starters, he ranked first in wins, innings pitched (232.0), WAR (7.18) and quality starts (27) and second in ERA and opponents batting average (.217). Keuchel was a model of consistency throughout the season, capturing AL Pitcher of the Month honors three times (April, May, August) while never having his ERA rise above 2.56. Additionally, Keuchel became the fourth Astros hurler to start an All-Star Game in 2015 and set a franchise record for strikeouts by a southpaw with 216. His 15-0 record at Minute Maid Park is the best undefeated home record in modern ML history. In his two postseason starts, Keuchel was 2-0 with an 0.69 ERA (1ER/13IP) while tallying 14 K’s in 13.0 IP. Defensively, he led all AL pitchers in assists and total chances and is a solid candidate for his second Rawlings Gold Glove Award.

Carlos Correa also had an historic season in 2015, setting several franchise and Major League records. For the regular season, he led all AL rookies in home runs (22), slugging pct. (.512) and OPS (.857) while ranking second in RBI (68) and extra-base hits (45). Despite playing in just 99 games, his 22 home runs were tops among all ML shortstops. Correa’s 22 home runs are also an Astros record for both a rookie and a shortstop. Correa also shined in the postseason, hitting .350 (7x20) in the ALDS vs. KC with two home runs and four RBI. In Game 4 of the ALDS, he became the youngest player in AL history to hit two HR in a postseason game. Below is a list of additional milestones:

*On June 8 at CWS (ML debut), became the youngest player in Astros history to start a game at shorstop (20 years, 259 days).

*22 HR are the 4th-highest total by a rookie shortstop in AL history.

*Was first shortstop in over a century to reach 13 HR in his first 50 career games; was 4th player since 1950 to accumulate 50 hits within his first 42 games before turning 21 years old...others include Hall of Famers Roberto Clemente (1955) and Orlando Cepeda (1958).