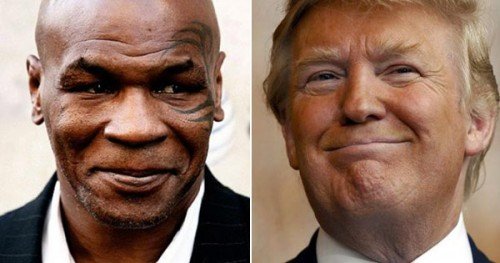 Nationwide — Former champion boxer Mike Tyson has officially endorsed billionaire Donald Trump for the next president of the United States. He made the announcement recently during an interview with the Huffington Post. “Let’s try something new,” Tyson said. “Let’s run America like a business, where no colors matter. Whoever can do the job, gets the job.”

Tyson even defended Trump’s controversial comments about Mexican immigrants. He commented, “He didn’t know how to say it. It was really crude, and he needs somebody to work with him on how to deliver his messages and stuff. But as far as what he did, he’s an average guy like everybody else. He needs time to grow too. I don’t think he thinks of Latinos in that way.”

Regarding democratic candidates Hillary Clinton and Bernie Sanders, Tyson said he doesn’t support them, and then quickly reiterated his endorsement for Trump. He said the polls indicate that most Americans want Trump in the White House.