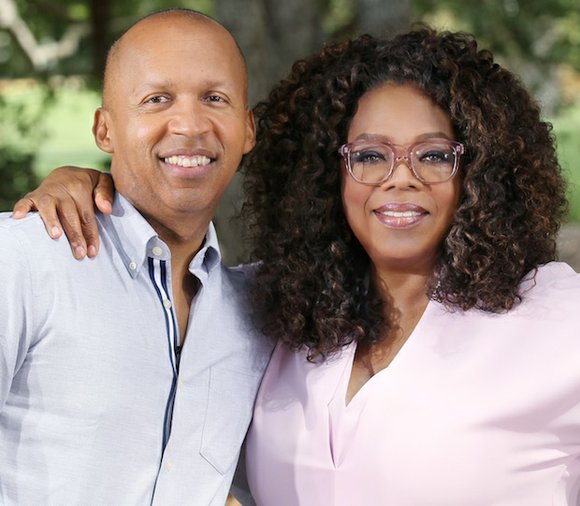 Los Angeles – Oprah Winfrey talks to human rights activist and civil rights attorney Bryan Stevenson for a conversation about living your calling, giving a voice to the powerless and how Bryan’s life changed by meeting people on death row on “SuperSoul Sunday” this Sunday, November 1 at 7 p.m. ET/PT on OWN: Oprah Winfrey Network.

How Embracing Our Brokenness Cultivates Compassion

The United States has the highest incarceration rate of any nation in the world. Attorney Bryan Stevenson has made it his life’s mission to address this issue and bring to light the deep inequalities that plague our justice system. He believes we are all broken by injustice—not just the condemned—and we can begin our healing by extending empathy, compassion and mercy to all. Bryan says experiencing his clients’ brokenness has permitted him to see his own brokenness, and, ultimately, to learn the power of hope. “You learn that you have to believe things that you haven’t seen if you really want to change the world,” Bryan tells Oprah in their SuperSoul Sunday interview.

Attorney Bryan Stevenson has devoted his life to defending those who have been wrongly accused, denied justice or shown no mercy by the U.S. justice system. Through his nonprofit law firm, the Equal Justice Initiative, he has won cases for more than 115 unfairly condemned death row prisoners. In his decades of work, Bryan has entered some of the harshest places in the country—places where hope is hard to come by. What lessons has he taken away from his daily work with a despised community?

Bryan Stevenson: Being "Tough On Crime" Corrupts Us

Getting “tough on crime” comes at a price. Forty years ago, there were 300,000 people in jail or prison in the United States. Today, that number has jumped to an astonishing 2.3 million behind bars. The United States has the highest incarceration rate of any nation in the world. It costs $80 billion per year to keep this many people behind bars. Attorney Bryan Stevenson has devoted his life to defending the people our society tends to ignore. As the founder of the Equal Justice Initiative, a nonprofit law firm in Montgomery, Alabama, Bryan helps those he believes have been unfairly treated by the justice system.

Oprah Winfrey talks to human rights activist and civil rights attorney Bryan Stevenson for a conversation about living your calling, giving a voice to the powerless and how his life changed by meeting people on death row. As a New York University Law Professor and Founder/Executive Director of the Equal Justice Initiative in Montgomery, Alabama, Bryan has spent more than three decades fighting poverty and challenging racial discrimination in the criminal justice system. He shares with Oprah the spiritual connection we inevitably make when discovering things in others we haven’t discovered yet, and his view that we are not fully evolved as human beings until we care about universal human rights and basic dignity. Bryan has won major legal challenges eliminating excessive and unfair sentencing, exonerating innocent death row prisoners, and confronting abuse of the incarcerated. They also discuss his New York Times bestselling book, “Just Mercy,” and the transformative power of mercy and forgiveness.

“SuperSoul Sunday” is the two-time Emmy award-winning series that delivers timely, thought-provoking, eye-opening and inspiring programming designed to help viewers awaken to their best selves and discover a deeper connection to the world around them. The series features all-new conversations between Oprah Winfrey and top thinkers, authors, visionaries and spiritual leaders exploring themes and issues including happiness, personal fulfillment, spirituality, conscious living and what it means to be alive in today’s world. “SuperSoul Sunday” is produced by Harpo Studios and executive produced by Tara Montgomery.