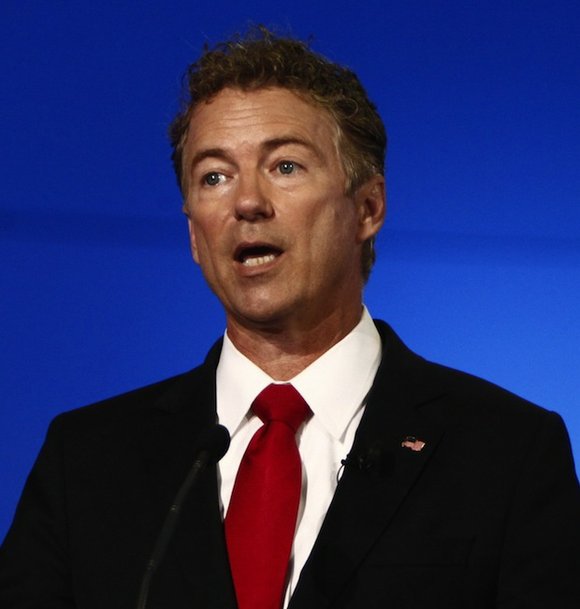 WASHINGTON (CNN) -- Rand Paul said Tuesday he would filibuster the bipartisan budget deal reached by the White House and congressional Republicans, setting up a fight between the presidential candidate and GOP leadership.

The agreement would also raise the debt ceiling, to ensure the U.S. does not default.

The Kentucky senator told reporters in Colorado that he would do "everything I can to stop it."

"It is hard for me not to use profanity in describing it," he said. "We should be using the leverage of the debt ceiling to actually enforce spending restraint."

Paul has previously filibustered Senate measures over his opposition to drone strikes and warrantless government surveillance.

The budget deal would increase defense and domestic spending by $80 billion over two years, make changes to the Social Security disability fund and raise the national debt ceiling until March 2017.

Fiscal conservatives have balked at the increased spending, but the deal is widely expected to pass.

Senate leaders expect a filibuster of the deal by any number of senators and are building in time and procedures to get around them.

This should not disrupt passage of the deal by Tuesday's deadline.

"It's a $1.5 trillion spending increase and in exchange for that they get $80 billion in more spending," said Rep. Tim Huelskamp, R-Kansas. "So anybody who is a serious fiscal conservative cannot support this bill in my opinion."

"John Boehner's golden parachute will certainly cement his legacy, but it is a slap in the face to conservatives," he said in a statement.

Paul currently is lagging in polling, and has had to tamp down recent rumors that he will drop out of the 2016 GOP primary race.

"Many of them on the stage have supported spending that would've added to the debt," Paul told reporters. "I think that is irresponsible and shows them to be part of the problem, not the solution."