Dick Cheney warns of potential 9/11 with 'much deadlier weapons' 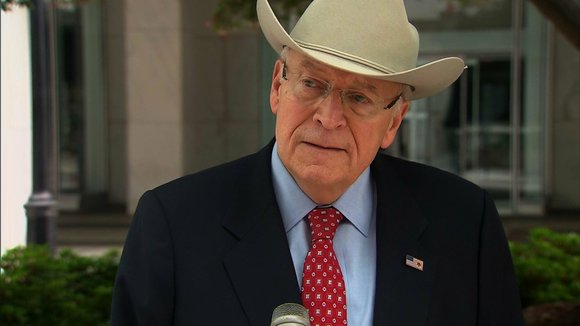 Former Vice President Dick Cheney has suffered five heart attacks -- having his first at age 37. "I didn't think about my health. I was thinking about the problem we were dealing with," he told CNN's Sanjay Gupta in an interview that aired Sunday night on CBS' "60 Minutes. Credit: CNN

WASHINGTON (CNN) -- Former Vice President Dick Cheney believes there could be "another 9/11 style attack with much deadlier weapons" in the future and said ISIS is "extraordinarily dangerous" to U.S. homeland security.

More than a decade after helping to lead the U.S. into war in Iraq, Cheney blamed President Barack Obama for the spread of ISIS and said in an interview with CNN that he is worried terrorists could use "chemicals or biological agents or nuclear weapons."

"Remember, the weapon they used on 9/11, airline tickets and box cutters. That's -- was a difficult, terrible day for us, 3,000 casualties. It'll be a lot worse if they find deadlier weapons," Cheney told CNN's Jamie Gangel.

Cheney insisted that Iraq "was in good shape" when he and President George W. Bush left office in 2009 thanks to the surge and said Obama's administration "failed to follow through."

"They withdrew as quickly as possible and left no stay-behind force there. They created a vacuum. And the vacuum was filled by ISIS," Cheney said.

Cheney pointed to ISIS's ability to recruit people living in the United States to go fight in Syria and Iraq and the danger that those recruits to return to the U.S. particularly concern him.

"I think ISIS is very dangerous indeed," Cheney said. "Especially if you think about the prospects of nuclear weapons being developed in the Middle East.