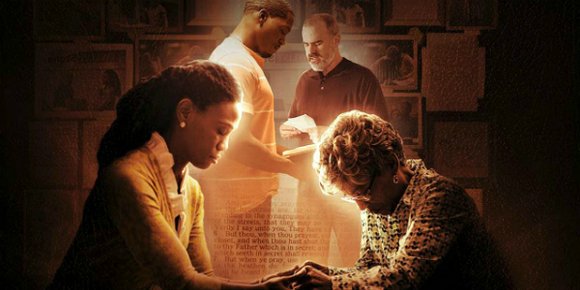 War Room is experiencing an unprecedented amount of success. The faith-based film from director Alex Kendrick came in second place at the box office this weekend just under Straight Outta Compton. It earned a whopping $11 million in revenue, even though it opened in a mere 1,135 locations. In another turn of events, War Room earned an A+ from CinemaScore, making the first film to receive such a rating since American Sniper earlier this year.

This achievement is pretty remarkable, yet unexpected. War Room was universally bashed by critics, who collectively gave the film an 18% rotten rating on movie review aggregator Rotten Tomatoes. But, according to Kendrick, he takes these criticisms with a smile and attributes the film’s success to his dedicated, faithful audience. In an interview with The Hollywood Reporter about this success from left field, he said:

Some of our critics, especially the secular critics, will accuse us of preaching to the choir and accuse us of not hitting our proper audience, which is hilarious to me because we know our audience.

For those who don’t consider themselves part of War Room’s audience, or know anything about it, the film focuses on the Jordans. Tony (T.C. Stallings) and Elizabeth (Priscilla C. Shirer) seem to have the perfect life on the outside, but behind closed doors their marriage is dwindling. Tony becomes increasingly distant and flirts with temptation, while Elizabeth doesn’t know how to handle these growing issues. When she meets Miss Clara (Karen Abercrombie), a new real-estate client, she’s advised to create a "war room," an isolated place where she forms a battle plan to pray to God.

War Room, which marks the fifth film from Alex and Stephen, is their highest-grossing work to date. They previous collaborated on Flywheel, Facing the Giants, Fireproof, and Courageous. Alex told THR that the pair plan on taking a break to spend time with their family and friends before working on their sixth effort.

Based on critical responses, the film comes off across as overly preachy for non-believers. However, this film, as Alex stated time and again, is not for the non-believers. You can bet that with such a small theatrical offering, it wasn’t those folks flocking to the cinema.