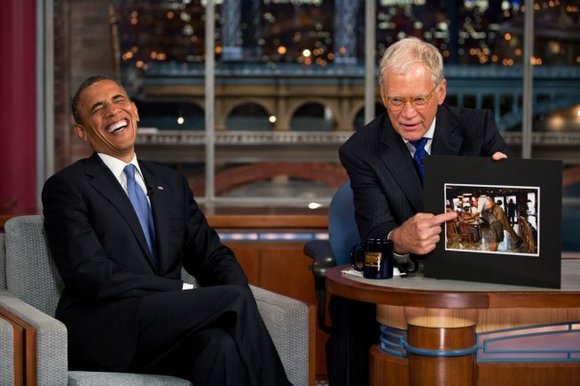 And Senator Elizabeth Warren, whose recent meeting with Biden stirred speculation about a joint Democratic ticket, is on "The View" on Tuesday morning.

On the talk show circuit, goal #1 is to "get a laugh," said Bill Carter, "and show some part of our personality that people maybe haven't before."

Carter, a CNN contributor and the author of two definitive books about late-night, said the Bush appearance on Colbert is particularly important. Colbert played a blowhard conservative pundit on Comedy Central for almost a decade, but he's retiring that character now.

By interviewing a prominent Republican on premiere night, "I think that's kind of a signal he's sending," that Colbert is no longer in character, Carter said on CNN's "New Day."

And for Bush, he said, it's a chance to "show some energy -- to counter the image that Trump is trying to throw at him."

Meanwhile, Clinton's appearance on Fallon next week could be seen as Democratic counter-programming -- because it's on the same night as the Republican presidential primary debate on CNN.