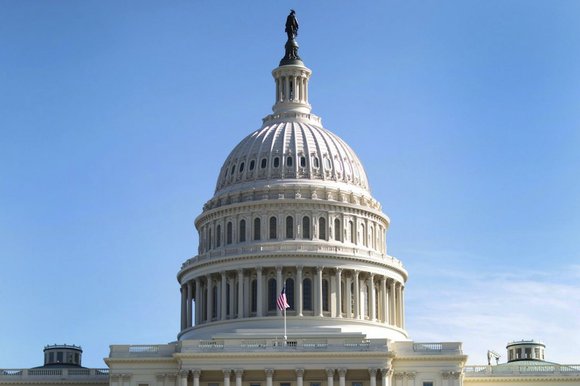 Democrats one vote shy of overcoming a Republican filibuster

WASHINGTON (CNN) -- Democrats on Tuesday gave President Barack Obama the votes he needs to prevent the Senate from passing a measure disapproving of the Iran nuclear deal.

Reaching the threshold to filibuster means the President likely won't need to veto the measure, even though opposition to the Iran deal enjoys majority support in the House and Senate.

Connecticut Sen. Richard Blumenthal, Michigan Sen. Gary Peters and Oregon Sen. Ron Wyden on Tuesday all announced in rapid fire succession they would support the deal, putting Obama at 41 votes of support in the Senate.

The Senate would need 60 votes to advance a measure rejecting the deal for a floor vote. If all 41 Democrats who support the deal vote to filibuster, it would not reach a final vote in the Senate. Not all have pledged to do so, though they have pledged to vote with the President on the deal otherwise.

The three new Democrats' support came as another member of the party announced his opposition to the Iran deal on Tuesday. West Virginia Sen. Joe Manchin made a total of four Democrats who have come out against the deal. Only one, Washington Sen. Maria Cantwell, remains undecided.

"Despite my serious reservations, I will reluctantly vote against a motion of disapproval because I believe that doing so will protect the credibility of the United States to hold Iran accountable to adhere to every single obligation in the [Joint Comprehensive Plan of Action]," Peters said in a statement.

"Having talked to the technical experts who will be involved with the implementation of this agreement, I have come to the conclusion that its many overlapping provisions will make it exceedingly difficult for the Iranians to build a nuclear weapon in the short term and will lengthen the time required should they choose to break their commitments and try to build one in the future," Wyden said.

"While this is not the agreement I would have accepted at the negotiating table, it is better than no deal at all," Blumenthal said.

Congress returns to Washington on Tuesday to begin a frenzied fall legislative session, which will include votes on the Iran deal before a Sept. 17 deadline.

Both sides have been increasing their lobbying efforts on the deal. On Wednesday, Republican presidential candidates including Texas Sen. Ted Cruz and real estate mogul Donald Trump will headline an anti-Iran deal rally on Capitol Hill. And on Tuesday, former Vice President Dick Cheney delivered a fiery speech against the deal, calling it "madness.

Also on Wednesday, Democratic front-runner and former Secretary of State Hillary Clinton will deliver her own speech on the Iran deal, where she's expected to unequivocally supporting it.

As Obama's support drew closer to 41 in the Senate, opponents of the deal began criticizing Democrats for, as they say, preventing an up-or-down vote on the deal by blocking its forward motion.

Senate Minority Leader Harry Reid's office has been waging its own campaign against that narrative, releasing statements on why the floor procedure is legitimate and noting that the Senate agreed to the plan almost unanimously.