Names Henry L. Meyer III Non-executive Chairman of the Board 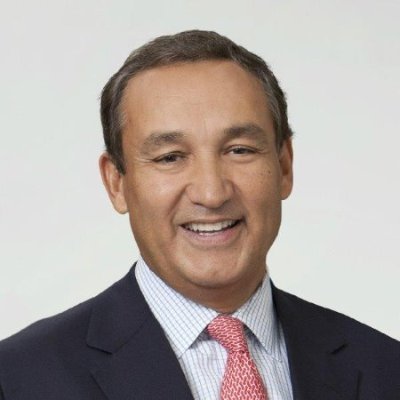 CHICAGO, September 8, 2015 – United Continental Holdings, Inc. (NYSE: UAL) today announced that it has named Oscar Munoz as president and chief executive officer. Munoz will also continue to serve on United’s board of directors. The board appointed Henry L. Meyer III, United’s lead independent director, to serve as non-executive chairman of the board of directors. The company also announced that Jeff Smisek has stepped down from his roles as chairman, president and chief executive officer, and as a director. These changes are effective immediately.

Munoz brings to this role deep and broad experience in the transportation industry and large consumer brands including AT&T, Pepsico and The Coca-Cola Company. He most recently served as president and chief operating officer of CSX Corporation.

Henry Meyer, non-executive chairman of the board of directors of United Continental Holdings, Inc. said, “Oscar’s track record demonstrates that he has the right blend of strategic vision and strong leadership to continue United’s upward trajectory. United is well positioned to continue executing on its strategic plan to further improve performance and the value and service it provides to its customers. I’m honored to have been elected non-executive chairman by my fellow directors. The board thanks Jeff for his service to both United Airlines and Continental Airlines.”

“It is truly a privilege to serve as United’s CEO. United has an incredible opportunity for improving an experience that is essential to the vitality of global business and to the personal lives of millions of people, for innovation, and for earnings growth,” said Oscar Munoz, president and CEO of United. “In my years serving on the board, I have been impressed by the dedication and skill of my new coworkers. Together, we will make United the top-performing airline.”

Prior to joining United Airlines, Munoz served as president and chief operating officer of CSX Corporation, a premier transportation company. Munoz also served as a director at CSX. During Munoz’s tenure, CSX transformed itself into an industry leader in customer focus, reliability and financial performance. CSX was named one of Institutional Investor’s Most Honored Companies for a decade of excellent financial performance, including increasing its operating income by nearly 600%. Prior to joining CSX, Munoz served in various senior financial and strategic capacities at some of the world’s most recognized consumer brands, including AT&T, The Coca-Cola Company and Pepsico.

The company’s internal investigation and the related circumstances do not raise any accounting or financial reporting concerns.

United Airlines and United Express operate an average of nearly 5,000 flights a day to 362 airports across six continents. In 2014, United and United Express operated nearly two million flights carrying 138 million customers. United is proud to have the world’s most comprehensive route network, including U.S. mainland hubs in Chicago, Denver, Houston, Los Angeles, New York/Newark, San Francisco, and Washington, D.C. United operates nearly 700 mainline aircraft, and this year, the airline anticipates taking delivery of 34 new Boeing aircraft, including the 787-9 and the 737-900ER. United is also welcoming 49 new Embraer E175 aircraft to United Express. The airline is a founding member of Star Alliance, which provides service to 192 countries via 28 member airlines. More than 84,000 United employees reside in every U.S. state and in countries around the world. For more information, visit united.com, follow @Unitedh on Twitter, or connect on Facebook. The common stock of United’s parent, United Continental Holdings, Inc., is traded on the NYSE under the symbol UAL.

Safe Harbor Statement under the Private Securities Litigation Reform Act of 1995: Certain statements included in this release are forward-looking and thus reflect our current expectations and beliefs with respect to certain current and future events and financial performance. Such forward-looking statements are and will be subject to many risks and uncertainties relating to our operations and business environment that may cause actual results to differ materially from any future results expressed or implied in such forward-looking statements. Words such as "expects," "will," "plans," "anticipates," "indicates," "believes," "forecast," "guidance," "outlook" and similar expressions are intended to identify forward-looking statements. Additionally, forward-looking statements include statements that do not relate solely to historical facts, such as statements which identify uncertainties or trends, discuss the possible future effects of current known trends or uncertainties or which indicate that the future effects of known trends or uncertainties cannot be predicted, guaranteed or assured. All forward-looking statements in this report are based upon information available to us on the date of this report. We undertake no obligation to publicly update or revise any forward-looking statement, whether as a result of new information, future events, changed circumstances or otherwise, except as required by applicable law. Our actual results could differ materially from these forward-looking statements due to numerous factors including, without limitation, the following: our ability to comply with the terms of our various financing arrangements; the costs and availability of financing; our ability to maintain adequate liquidity; our ability to execute our operational plans, including optimizing our revenue; our ability to control our costs, including realizing benefits from our resource optimization efforts, cost reduction initiatives and fleet replacement programs; our ability to utilize our net operating losses; our ability to attract and retain customers; demand for transportation in the markets in which we operate; an outbreak of a disease that affects travel demand or travel behavior; demand for travel and the impact that global economic conditions have on customer travel patterns; excessive taxation and the inability to offset future taxable income; general economic conditions (including interest rates, foreign currency exchange rates, investment or credit market conditions, crude oil prices, costs of aircraft fuel and energy refining capacity in relevant markets); our ability to cost-effectively hedge against increases in the price of aircraft fuel; any potential realized or unrealized gains or losses related to fuel or currency hedging programs; the effects of any hostilities, act of war or terrorist attack; the ability of other air carriers with whom we have alliances or partnerships to provide the services contemplated by the respective arrangements with such carriers; the costs and availability of aviation and other insurance; industry consolidation or changes in airline alliances; competitive pressures on pricing and on demand; our capacity decisions and the capacity decisions of our competitors; U.S. or foreign governmental legislation, regulation and other actions (including open skies agreements and environmental regulations); the impact of regulatory, investigative and legal proceedings and legal compliance risks; labor costs; our ability to maintain satisfactory labor relations and the results of the collective bargaining agreement process with our union groups; any disruptions to operations due to any potential actions by our labor groups; weather conditions; and other risks and uncertainties set forth under Item 1A., Risk Factors, of UAL's Annual Report on Form 10-K, as well as other risks and uncertainties set forth from time to time in the reports we file with the SEC.