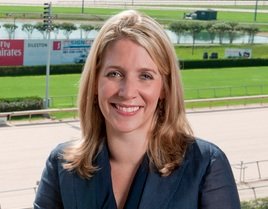 HOUSTON, TX - Sam Houston Race Park will kick off its 23rd live racing season on Friday, January 15. The 2016 live racing schedule has been approved by the Texas Racing Commission and begins with the 32-day Thoroughbred meet.

“We made a few changes this year to the stakes schedule, including some of the race distances, in an effort to attract more graded stake winners to some of our premier races,” says Sam Houston Race Park President Andréa B. Young.

Young confirmed that the Houston Racing Festival will return for its fourth running on Saturday, January 30. The richest day in Texas Thoroughbred racing will feature four stakes, including the $400,000 Houston Ladies Classic, the Grade 3 $200,000 John B. Connally Turf Cup, which will now be run at 1 1/2 miles, the $75,000 Frontier Utilities Turf Sprint and the $50,000 Space City Stakes. Proceeds from the Houston Racing Festival will once again benefit the Houston affiliate of the Susan G. Komen foundation.

Stakes races will continue every weekend during the remainder of meet with the Sam Houston Sprint Cup, Houston Distaff, and Houston Turf Stakes on February 13; the Clarence Scharbauer Texas Stallions Stakes Series on February 20 featuring the $75,000 Two Altazano Stakes and the $75,000 Jim's Orbit Stakes. The Maxxam Gold Cup Racing Festival will take place February 27 and will feature the $100,000 Maxxam Gold Cup, the $50,000 Jersey Lilly Turf Stakes, the $50,000 Bucharest Turf Sprint, and the $50,000 Texas Heritage Stakes.

“Our goal for 2015 was to continue to improve the quality of our live racing,” said Young. “We feel our efforts have paid off as several of our past stakes winners have gone on to showcase their talent on the national racing scene. We look forward to raising the bar even higher in 2016.”

Texas-bred filly Promise Me Silver kept her undefeated record intact with a commanding victory in the 2015 Two Altazano Stakes at Sam Houston Race Park. The Bret Calhoun-trainee won the Grade 3 Eight Belles at Churchill Downs, and stepped up to Grade 1 company in the $750,000 Acorn Stakes at Belmont Park.

The $100,000 Maxxam Gold Cup, held each March, continues to produce exemplary runners Past winners include multiple graded stakes winners Alumni Hall and Student Council. The 2015 winner, Albano, one of the many talented runners in the barn of Larry Jones, rallied to place in the Grade 2 New Orleans Handicap at Fair Grounds. Red Rifle, the 2014 winner and current track record holder, has added three graded stakes victories since leaving the Park. He placed in the prestigious Grade 1 $1,000,000 Sword Dancer at Saratoga on August 29. Red Rifle, conditioned by Eclipse Award winning trainer Todd Pletcher, is currently ranked 56th on Equibase's North American Thoroughbred earner list.

“We continue to receive high marks from both horsemen and horseplayers for our Thoroughbred meet,” says Young. “Trainers praise the safety of our main track surface and regard the Connally Turf course as one of the best in the country. All while our racing fans enjoy our full fields and low take-out rates.”

Friday and Saturday post times for the 2016 Thoroughbred Meet will be 7 pm and 6 pm, respectively. The fun tradition of lunch-time racing at The Park will continue every Monday and Tuesday afternoon with a 1 pm post time. The Live American Quarter Horse Meet will follow the 2016 Thoughbred Meet.

Sam Houston Race Park is Houston’s premier racing and entertainment facility, located just 15 minutes from downtown Houston, and offers a variety of attractions including our Suite Level presented by Draft Kings featuring luxurious suites overlooking the race track accommodating groups in size from 20 to 100, The Pavilion Centre, and award-winning dining options at the Winner’s Circle Restaurant and the Jockey Club. For more information on upcoming shows, events and tickets, please visit www.shrp.com.