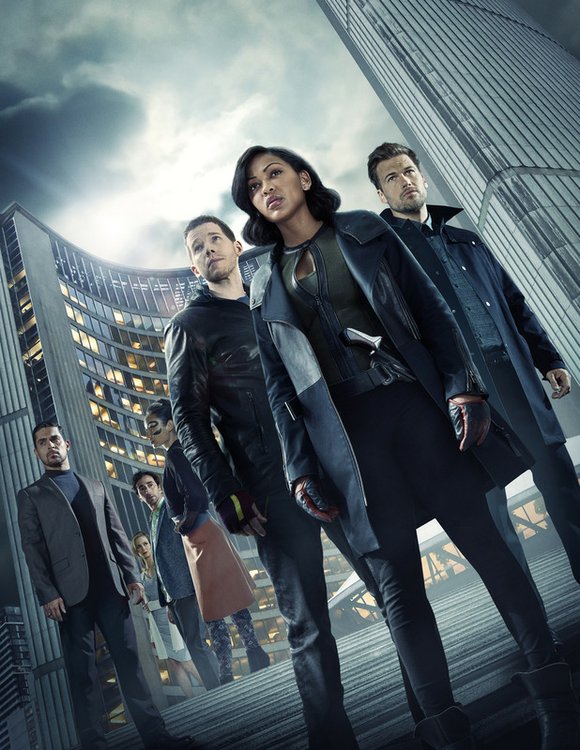 Many are anticipating the season premiere of this fall’s line up. One actress in particular has fans really excited as she is shacking up primetime with a role where she ditches cute and sassy for tough and rough as Detective Vega in Fox’s ‘Minority Report.’

Over the course of her career we have seen actress Meagan Good play a range of roles. From the good girl next door, the hot girl friend, the devoted wife but rarely do we see her kick butt. Because of her petite frame, Good is not always seen as someone who can do action roles so all are in for a surprise when this show debuts.

Being tough is a connecting characteristic for Good and the character Detective Vega. That factor has allowed her to have an “incredible time” playing Detective Vega. She further described her character as someone that is “a lot like myself in the sense that she is extremely determined, and she really follows her heart. She moves to the beat of her own drum. She’s not easily convinced by other people. She’s just a person that really comes from instinct and heart. Outside of her being a lot like me, she’s this character whose willing to take risks… She’s bold, she’s strong, she's aggressive, she’s sarcastic, but she’s vulnerable under it all…” 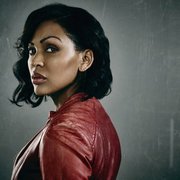 This role comes at a good time in her life as she is in a mood of transition. “I think I’m in a different place in my life as well. Being in my thirties, I’ve never felt more confident. I’ve never had more love for myself. I’ve never been just so in tune with being married and my relationship with God, and the incredible things that are going on in my family and my career… It’s a different season, so this character feels very much like a rite of passage, you know. I feel the shift, not just in my life, but in the type of character I’m playing, and she is extremely complex,” she revealed.

Her character is not the only thing that is complex and so is ‘Minority Report.’ The sci-fi/ action is what Good calls a thriller, action-packed, emotionally charged show. It is definitely a show that is sure to have audiences on the edge of their seat. “The show is about this psychic who he and his siblings can see the future. And the things that they see in the future are murders days before they happen. And the three of them combined somehow can get a name of the murderer, a name of the victim, and some type of remnant of where this might happen,” she said. One of the three psychics actually feels the murders when they happen and is able to experience the victim’s point of view. As a result, he teams up with Good’s character and together they illegally try to stop these murders against all odds.

Roles like these help Good to break barriers and stereotypical expectations because the character is “written colorless.” Good continued, “She (Detective Vega) is a human being first, but no matter what, she’ll always be a Black woman, because I am a Black woman. And so I think in that way it definitely is breaking barriers. I think the cast is very diverse, and the world is a representation of the world that we live in and the world that we will live in, which is diverse in everything. And I’m glad and I’m thankful to be doing a show that really shows that, but doesn’t make a thing of it, because it doesn’t need to be a thing. It is what it is... It’s showing that the barriers shouldn’t even be there.”

Other than her excitement for being a part of ‘Minority Report,’ Good is happy to announce that she produced a film called ‘A Girl Like Grace’ that has been winning a lot of awards from being on the film festival circuit. It is about a young girl living in a small town while her best friend committed suicide and her mother is dealing with promiscuity and alcoholism.