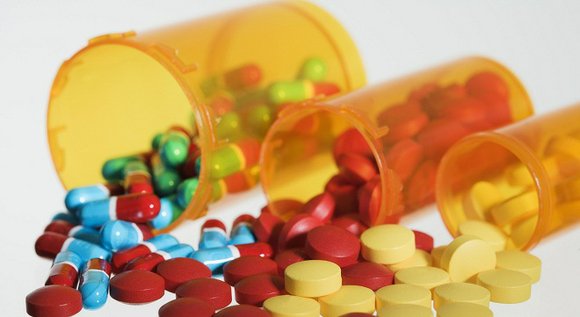 (CNN) -- How much are you willing to pay for a potentially life-saving pill? It's a question that many doctors and patients are asking themselves.

Drugs such as Daraprim, Doxycycline, Flucytosine and Cycloserine have been making news headlines lately because of their dramatic price hikes. A 2014 House of Representatives investigation found 10 generic drugs that ranged in price increases anywhere from 420% to over 8,000% of their prices just a year before.

These generic drugs have jumped in price for a range of reasons, including shortages because of manufacturing issues and market consolidation. Generic drugs in particular are more susceptible to the market because they are off patent and can have competition. But what concerns doctors and patients most is the sheer ability of manufacturers to set their own price because there is no body or regulation that oversees drug prices.

That appears to be the case with Daraprim, manufactured by Turing Pharmaceuticals. The price of the 62-year-old drug jumped from $13.50 to $750 per pill overnight. The drug is used to treat patients with malaria and toxoplasmosis, a rare parasitic infection.

The jump in price was enough to catch the attention of Democratic presidential candidate Hillary Clinton, who tweeted: "Price gouging like this in the specialty drug market is outrageous. ..."

"It's not unheard of," said Dr. Aaron Kesselheim, an associate professor of medicine at Harvard Medical School and a faculty member in the Division of Pharmacoepidemiology and Pharmacoeconomics in the Department of Medicine at Brigham and Women's Hospital.

There are corners of the generic drug market where prices have skyrocketed, but they usually relate to changes in competition where other manufactures will drop out, causing a monopoly effect, he said.

For other drugs, such as the popular antibiotic Doxycycline, a shortage of raw materials led to a shortage of the drug in 2013, and that disruption caused manufacturers to pull out, leaving fewer suppliers, which ultimately sent prices soaring.

"It boils down to business, it's all about supply and demand," said Dr. Joshua Cohen, an associate professor at Tufts University's Center for the Study of Drug Development.

Unfortunately, when that supply is handled by just a few or one manufacturer, that can mean sky-high prices for patients.

"In general, people are not opposed to a company making a profit, but it is the degree of profit that is made which raises red flags," Cohen said. "It's OK to have a free market, but it needs to be a healthy free market, one with real generic competition in order to help bend the cost curve."

The GPhA made clear that Turing is not a member of the association.

"No single company and no single product represents the entire generic drug industry, which has an undeniable record of patient savings and access. In fact, generic drugs were responsible for $239 billion in health savings in 2013 and $1.46 trillion in savings over the most recent decade," Chip Davis, the GPhA president and CEO, said in a statement.

Turing CEO Martin Shkreli initially defended the increase. On Monday, he told CNBC, "We also feel that this is the more appropriate price for Daraprim. At this price, Daraprim is still actually on the low end of what orphan drugs cost, and we're certainly not the first company to raise drug prices."

Shkreli said the company was going to reinvest the profits of Daraprim into developing a better therapy. But doctors say that a better alternative isn't necessary. "The current medication works, we don't need better therapies. What we're clamoring for are cheaper medications." said Dr. Carlos Del Rio, chairman of the Hubert Department of Global Health at Emory University's Rollins School of Public Health.

The drug pricing issues are unique to the United States. "A lot of other countries have central government systems that buy drugs for other people. That can reduce the fluctuations," Kesselheim said.

This is something that candidate Clinton hit on in her just released prescription drug plan. She hopes to harness the leveraging power of Medicaid, the country's largest user of prescription drugs, to rein in drug costs.

The immoral vs. the illegal

Kesselheim said these pricing issues seem to appear among smaller manufacturers, because they don't have the same considerations as the big pharmaceutical companies, like GlaxoSmithKline or Roche. "They don't have the same kind of reputational concerns. If they (the smaller companies) want to exploit the market, they can do that," he said.

"They're doing something immoral, not illegal," Del Rio said of upping the price. Part of the issue behind Daraprim's price fluctuation is that there isn't any real regulatory body overseeing drug pricing. "This is totally a policy issue. It's a policy that Congress can change. We can change it by calling it the moral argument, but not the legal argument," he said.

And the moral argument has won before. Rodelis Therapeutics bought the rights to make Cycloserine, which is used to treat tuberculosis, last month. But when it increased the price of the drug from $500 for 30 capsules to nearly $11,000 for 30 capsules, there was a public outcry, and Rodelis ended up returning the rights to a nonprofit research group it had bought it from.

And in the case of Daraprim, the moral argument may have a win. Within 24 hours of defending his decision to increase the price of the drug, Shkreli went on "ABC World News Tonight" and said, "We've agreed to lower the price of Daraprim to a price that is more affordable."

However, he didn't specify the price.