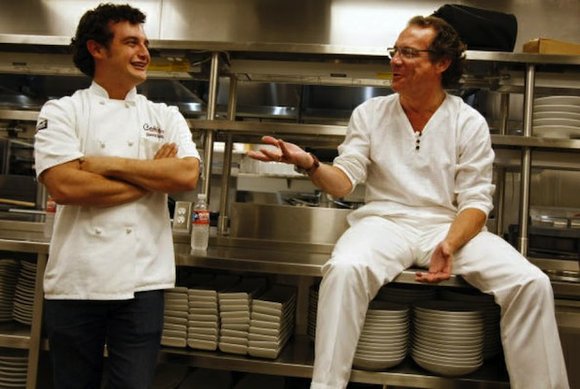 HOUSTON – September 25, 2015 – David and Michael Cordúa, award-winning restaurateurs of Americás, Churrascos and Artista Restaurants, will provide a sizzling VVIP Experience. Michael Cordúa is native to Managua, Nicaragua and moved to the United States in 1976. He opened his first restaurant in 1988 on the western edge of Houston. He modeled Churrascos after the popular restaurant in Managua - Los Ranchos - hoping to bring Latin-American cuisine beyond Mexican food to a mainstream American audience. The food was and is today inspired by Latin American cuisine, but not native to any singular country. David Cordúa, son of Michael, is a native Texan and grew up in Meyerland. David's past experience includes Hotel Valencia Santana Row in San Jose, CA; Popina Restaurant in Sonoma, CA; La Tour d'Argent in Paris and Dolce Hayes Mansion Resort & Spa in San Jose, CA. David returned to Houston in 2007 as Vice President of Brand Development of his family's restaurant group and helped open Américas in The Woodlands. He was named "Up and Coming Chef of the Year" by My Table Magazine in 2010, a month after opening Américas River Oaks.

· BUBBLES & BREWS presented by Frost Bank– If you love fine French champagnes and bubbles or specialty craft beer selections only for B&B attendees, you don’t want to miss this reception. Live music, scrumptious chocolates and a mobile fashion truck will also be featured. Tickets - $155.

· TOTAL VVIP EXPERIENCE presented by Littler– Attendees will have an ALL ACCESS PASS to Bubbles & Brew, Grand Zesting the Dahill VIP Luxury Lounge and the Littler VVIP experience, along with an oversize wine glass as a takeaway gift.

There will guest appearance by Nicole Murphy representing Destiny Moscato Wines. Samples will be served throughout the evening.

There is still time to join the above local restaurants and vendors that will be on location to demonstrate their ideas of “zest.” Tickets are now available and range from $65 to $200. Volunteer opportunities are also available for the 2015 Zest in the West. For more information, go to www.zestinthewest.com or #Grandzesting.

The Houston West Chamber of Commerce is located in the population center of Houston that is home to the Galleria Area, Uptown District, Westchase District, Spring Branch District, Memorial City, International District, CityCentre and the Energy Corridor District – an area of more than 8,000 businesses that employ more than 100,000 people in industries responsible for West Houston’s exponential growth such as oil and gas, manufacturing, technology, retail, medical, engineering and service firms. For more information on this event and the Houston West Chamber of Commerce, please call (713) 785-4922 or visit www.hwcoc.org.