Michael B. Jordan Apologizes To Black Women And Black Community For Recent Comments 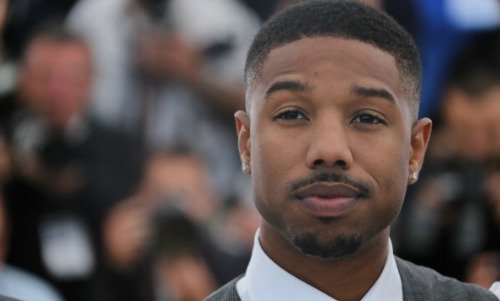 Ahead of his starring role in Creed, the seventh sequel in the Rocky series rebooted for the next generation, its star, Michael B. Jordan, is facing a firestorm on social media.

In a recent GQ cover story, he was asked about dating Kendall Jenner and he responded by saying he doesn’t see color. That, and rumors that the star of Fruitvale Station, the movie about the police murder of Oscar Grant that has been his breakout role in Hollywood, was among the celebrities supporting the notion of All Lives Matter, led to a condemnation of Jordan that spread across several popular Black gossip sites and spilled into heated comments on his Twitter and Instagram accounts. This after Jordan announced that he would star as attorney Bryan Stevenson in the film version of Stevenson’s best-selling memoir, Just Mercy, about his experiences with the criminal justice system.

Even Jordan’s Wikipedia page was altered, with an addition that read that he was among the “New Blacks” (a term coined by Pharrell Williams) and supported All Lives Matter, a term that is broadly believed to have been co-opted by those who condemn the #BlackLivesMatter movement.

The backlash lead the Newark, N.J. native to send an open letter to Essence.com which read:

I have been a professional actor for most of my life, but being regarded as a leading man is new to me and has taken some getting used to. Recently I had the opportunity to be featured on the cover of one of my favorite magazines. In the interview, several points that I shared were communicated in ways that do not reflect my true feelings and opinions. In addition, there were reports written about me elsewhere that simply aren’t true. I’d like to set the record straight.

First and foremost, I believe that Black Lives Matter – unequivocally and without exception. I have never said, written, snapchatted, tweeted, Instagrammed or implied anything to the contrary. Any report that states otherwise is a complete fabrication. I portrayed Oscar Grant in my first leading role in a feature film, Fruitvale Station. I am a founding member of the Blackout for Human Rights Network. I gave a speech just a few months ago on the importance of the Black Lives Matter Movement at the BET Awards. It is frustrating to see a false claim stirred up on social media which has caused my supporters to question where I stand on this crucial issue. But I am confident that my history and continued engagement with my community will speak louder than unfounded rumors.

Secondly, it is challenging to have a nuanced conversation about race and Hollywood period. This sensitive subject becomes even more complicated when you’re dealing with soundbites and articles. A simple idea or opinion can be abbreviated and distorted as it is communicated to readers out of context. Allow me to be clear about my ideas on roles traditionally reserved for White actors. My goal is for my choices and opportunities, as well as those of my fellow actors and actresses of color, to be predicated on our talent, ability and passion and not on false notions of what color an artist must be to play certain roles. I’ve had the honor to portray Black characters written and directed by Black filmmakers—a privilege that too few actors of color enjoy because of the challenges of Black artistry and access behind the camera. But in addition to those wonderful roles, I also want to have the option to play all kinds of parts with no door closed to actors and actresses like myself.

Lastly, my fans who are women mean the world to me. This is especially true of Black women, who as a group have supported my work long before the industry knew my name. I deeply regret and am ashamed that I said anything to disappoint or disparage them. I apologize with my whole heart for referring to women in the way that I did. The word ‘female’ used in the manner that I did is dismissive and strips women of their humanity. It is a slang term that guys sometimes use to sound slick and cool coming up. But words have power and I realize now more than ever that this careless language is dehumanizing, inappropriate, and immature. I’m a better man than that. This reference to women will not come out of my mouth publicly or in private again.

In all, although some of what I said was taken out of context, I take full responsibility for the interview and I apologize for the hurt and confusion it has caused. This has been an important lesson for me. I humbly ask my fans to grow with me, as I learn more about myself and this industry.