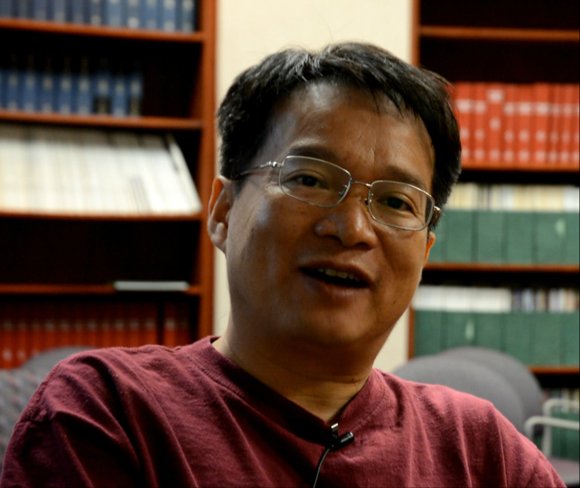 COLLEGE STATION — Researchers have discovered how a tiny viral protein enables the infection of a complex plant, and the finding could lead to understanding viral diseases in other plants, animals and humans, according to a team of Texas A&M AgriLife Research biochemists.

The study is reported this month in the journal eLife.


Dr. Xiuren Zhang’s lab in College Station focused on how plants can defend themselves against viral attacks by experimenting with the effect of mosaic virus on arabidopsis, a model plant widely used in research.

The mosaic virus was studied by Zhang and his team because it readily infects numerous important crops such as corn, tomatoes, peppers and potatoes as well as cotton and landscape flowers. Once the infection begins – causing yellowing in a mosaic pattern and curling leaves – there is no stopping it. The plant dies after a short, unproductive life. The disease spreads easily through insects that feed on the plants.

“We know that in the human system, the power exists through the immune system to recognize and kill a virus,” Zhang said. “When a virus gets into the host (plant), it hijacks and regulates the host’s machinery to produce more and more virus. The host must find some way to fight back against this virus that is making it sick.”

“We wondered what allows this virus to take over a whole plant, a complex organism,” added Claudia Marcela Castillo-González, a doctoral student who led the research. “The mosaic virus causes a lot of damage. Absolutely everything you can grow to eat can be affected by this family of viruses.”

She noted that the virus is a simple organism with only seven genes, whereas the plant it infected in the study has more than 25,000 genes.

To understand this molecular arms race, as the team called it, the researchers explained the contenders in this battle:

A geminivirus, so named because it looks like twins but actually is only one, is a DNA virus that carries a protein called TrAP to stop transcriptional gene silencing.

Transcriptional gene silencing is what normally serves as a pathway for immunity against DNA viruses. If the virus is silenced, the plant isn’t made sick.

KYP hangs on to macromolecules consisting of viral DNA and histone proteins, and combats the infection by ensnaring and silencing the DNA.

However, the virus has TrAP, which targets KYP and frees the viral DNA from the snare to propagate and cause infection.

“All the eukaryotes (most living organisms) have a nucleus, which is a compartment where we keep the DNA, which has to be packed because the molecule is extremely long,” Castillo-González said. “The packing turns out to be informative – just as informative almost as is the sequence. It turns out that the way it’s packed will allow a gene to be expressed or not.”

Visually, the DNA is wrapped like yarn on a spool, according to Castillo-González.

“If they are open and relaxed, then the DNA is going to be accessible. However, if those spools are very tightly packed, they don’t allow space for the DNA to be read. In that case, that part of the genome will never be read or expressed. It’s as if you didn’t have that gene,” she said. “The KYP protein maintains the condensation of the DNA, but TrAP protein fights KYP and relaxes it. And this is extremely remarkable.

“KYP evolves as a critical immune system to control invading nucleic acids. This is important on several levels as we and other researchers continue to study this finding,” Castillo-González added. “One, to advance science, because we didn’t know this kind of mechanism happened. Second, as a potential tool to target this virus and prevent it from spreading and causing agricultural loss. And third, as a tool to study this mechanism — how chromatin (the material that makes chromosomes) moves and how it is regulated in the cells of humans and all living organisms.”