The Value of Innovative Medicines is Worth the Price 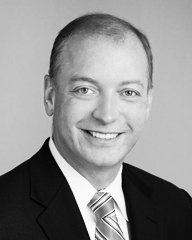 Doctors affiliated with the world-famous Mayo Clinic recently called out the pharmaceutical industry for the high cost of cancer drugs. They argue that the prices for advanced treatments -- some of which total $120,000 a year -- are unsustainable, so the government must step in with price controls.

Producing a new medication requires massive investments. To see a new treatment through to approval by the Food and Drug Administration, pharmaceutical firms spend an average of $2.6 billion and between 10 to 12 years per therapy.

An overwhelming majority of potential new medications under development simply fail to pan out. Only 1 in 1,000 drug candidates makes it out of the lab to human testing. Just 20 percent of the drugs that emerge from clinical trials win FDA approval.

That means pharmaceutical firms have to price their drugs so that they can recover the development costs not only of successful medications, but of all those experiments that fail.

The United States conducts a majority of the world's pharmaceutical R&D. Of the 5,000 drugs currently in development, more than 3,000 are being studied on American soil.

Less R&D ultimately leads to fewer new medicines for patients. Economists predict that if the U.S. government slashed drug prices by 40 to 50 percent, the number of new R&D projects on new medicines would drop by 30 to 60 percent.

Advocates of price controls also fail to consider the tremendous value that these treatments deliver, in terms of both health and economic savings.

Consider the new hepatitis C drug Sovaldi. Critics complain about its hefty price tag -- $84,000 per treatment course that cured 90 percent of patients. Before Sovaldi, patients received a combination drug therapy that treated symptoms, but was hard and painful to take. And the therapy cost about $115,000 per year for as long as the patient was alive.

The Sovaldi experience is hardly unique. A recent study found that every dollar spent on a newer medicine saves more than six dollars on other healthcare expenses, such as hospital stays.

Cancer medicines have also had a huge impact on human health and the economy. Between 1988 and 2000, treatment advances saved 23 million life-years and $1.9 trillion in the United States.

Trimming healthcare costs is a noble goal. But imposing price controls on prescription drugs -- or any healthcare product or service -- is not the way to do it. Such controls stifle innovation, increase costs throughout the system, and leave individuals sicker and with fewer choices. Competition is what works in driving down costs for drugs, devices or even physician and hospital services.

It's too bad the smart doctors at Mayo apparently don't agree.

Joel White is executive director of the Council for Affordable Health Coverage.