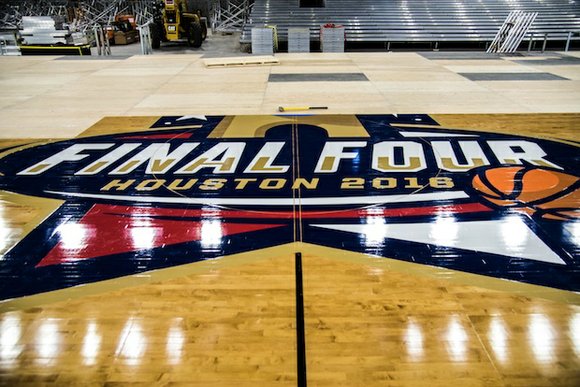 HOUSTON (CNN) -- Need a primer on the NCAA men's Final Four? See below for a quick guide:

Who is in the Final Four?

The Villanova Wildcats advanced out of the South Region as a No. 2 seed.

The Oklahoma Sooners advanced out of the West Region as a No. 2 seed.

The Syracuse Orange advanced out of the Midwest Region as a No. 10 seed.

The North Carolina Tar Heels advanced out of the East Region as a No. 1 seed.

What was each team's road to the Final Four?

Where is the Final Four?

The men's Final Four games are at NRG Stadium in Houston.

What time are the games?

No. 10 Syracuse vs. No. 1 North Carolina is scheduled to start at 8:49 p.m. ET Saturday on TBS. This game will start 40 minutes after the conclusion of Villanova-Oklahoma.

The winner of each game will play each other in the championship game Monday on TBS.

How can I watch the games?

In addition to TBS' Final Four game coverage, TNT and truTV will feature Team Stream by Bleacher Report, team-specific presentations tailored to the schools participating in the Final Four national semifinals as well as for the national championship game. The concept is to present the game with local flavor, including comprehensive team and player story lines, music, custom graphics and show packaging, additional cameras and team-centric replays as well as custom halftimes with school features.

No. 2 Villanova is a slight favorite over No. 2 Oklahoma, while No. 1 North Carolina is a big favorite against No. 10 Syracuse.

Who are the top scorers for each team?

Who are the coaches?

Oklahoma: With Oklahoma in this year, Lon Kruger has now taken two different schools (Florida in 1994) to the Final Four. He's also the only Division I head coach to lead five different schools to at least one NCAA tournament win. (The others schools: Kansas State, Florida, Illinois, UNLV and Oklahoma.) He has not won a national title.