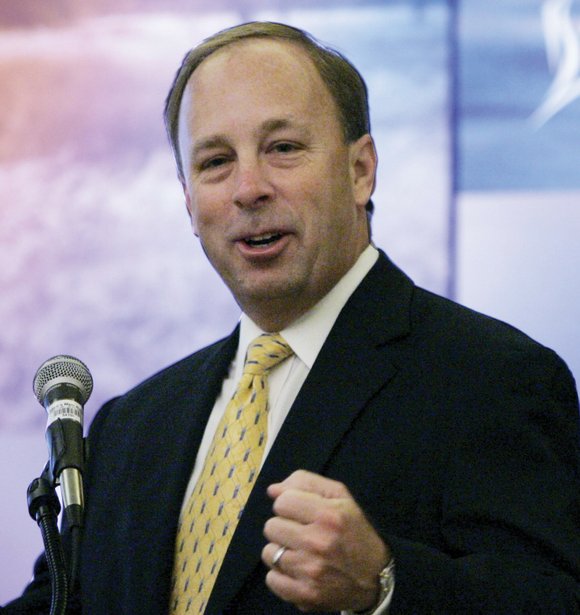 The American Hospital Association (AHA) today announced that the Justin Ford Kimball Innovators Award will be awarded to Dan Wolterman, president and CEO, Memorial Hermann Health System in Houston. The award recognizes people or organizations that have developed or introduced an influential, innovative approach to health care financing and/or health care delivery to improve access or coordination of care. Wolterman will receive the award at a ceremony at the AHA Annual Membership Meeting on Monday, May 2 in Washington, D.C.

“Dan is a visionary leader who has inspired the entire hospital field,” said AHA President and CEO Rick Pollack. “As a highly regarded innovator and early leader in clinical integration and physician alignment, Dan has helped improve access and care coordination for the people of Texas and, by his leadership, throughout the nation.”

Wolterman has held the position of president and CEO at Memorial Hermann since 2002, previously he served as Senior Vice President of Hospital Operations. The system includes 14 hospitals, more than 24,000 employees and more than 200 additional health care facilities. Wolterman is respected for his innovative approach to physician alignment and clinical integration that has strengthened the partnership with the 5,000 physicians who are part of Memorial Hermann. He strengthened the relationship with the medical school, the University of Texas Health Science Center Houston. The two organizations jointly manage the Level I Trauma Center – the busiest in the nation - in the Texas Medical Center.

Wolterman’s leadership extends outside of Memorial Hermann. He served on AHA Regional Policy Board 7, an AHA Advisory Panel on Medicare Outlier Payment and the Coalition to Protect America’s Health Care board. He served as chairman of the Texas Hospital Association in 2011, received the Earl M. Collier Award for Distinguished Leadership in Healthcare from the Texas Hospital Association in 2012 and the 2014 Regents Award from the American College of Healthcare Executives.

The AHA is a not-for-profit association of health care provider organizations that are committed to health improvement in their communities. The AHA is the national advocate for its members, which include nearly 5,000 hospitals, health care systems, networks and other providers of care. Founded in 1898, AHA provides education for health care leaders and is a source of information on health care issues and trends.