A Weekend in Puntacana is a Girl’s Best Friend 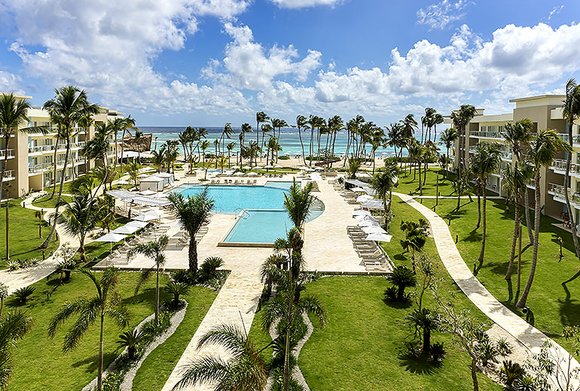 How could I not refuse a weekend getaway to paradise!!! Thanks to United Airlines’ direct flight from Houston to Puntacana, I was there in less than four hours. The comfy seating and the courteous airline staff proved to be a great start to an unforgettable weekend.

Once I landed on paradise, I was whisked through a private VIP terminal at Punta Cana International Airport (PUJ) and into my private transportation. In a matter of minutes we were off to our luxurious hotel on the beach called the Westin Puntacana Resort and Club.

Fronting three miles of white-sand beaches along the Caribbean, The Westin Puntacana Resort & Club offers endless recreational activities and indulgent facilities. With everything fun under the sun, including championship golf courses, scuba diving, and a full-service marina, there's something for everyone to enjoy. @westinpuntacana www.puntacana.com

Golf Corales Golf Club Imagine getting your first golf lesson from a former PGA Pro, well I did. Jay Overton is a former PGA Tour player, who qualified for full status in 1993, and was named the 2001 and 2002 PGA of America’s Senior PGA Club Professional Player of the Year. From 2001 through 2004 on the PGA Champions Tour, he accumulated seven top 10 finishes including a top ten in the 2002 Senior PGA Championship.

The Corales Golf Club was designed by Tom Fazio and opened in 2010, Corales is an exclusive and dramatic 18-hole course with six Caribbean Oceanside holes. Designed along the natural cliffs, bays, ocean coves and the inland lakes and coralina quarries, Corales Golf Course rates among the World’s finest Golf Experiences. The exhilarating challenge culminates playing the Devil’s Elbow, Corales’s last three holes. The Devil’s Elbow features the striking eighteenth hole with a dramatic forced carry over the cliff lined Bay of Corales, an inspired capstone to a memorable and breathtaking golf experience.

The Web.com Tour announced earlier this year that the Puntacana Resort will host the Corales Puntacana Resort & Club Championship for three years, starting with the 2016 event running June 2-5. The event, the first for the Web.com Tour in the Caribbean, will have a 156-player field vying for a $625,000 purse. @Puntacanaresort http://www.puntacana.com/golf.html

Spa Six Senses Spa Puntacana Resort & Club is proud to be the only location within the Americas to feature the world renowned Six Senses Spa, located in La Cana Golf & Beach Club. With indoor, individual or couples accommodations, the La Cana Golf & Beach Club spa features an array of treatment rooms. All are serene, peaceful settings in which you will enjoy the rejuvenating therapies of an international team. Whether you are undergoing a facial treatment or embarking on a Sensory Spa Journey, the La Cana Golf & Beach Club spa offers total tranquility for your heavenly Six Senses experience. Their customized indoor individual or couple treatment areas include luxurious baths that create the perfect Zen ambiance for your complete revitalization.