Drake's "Views From The 6" Reportedly Dropping At End Of Month 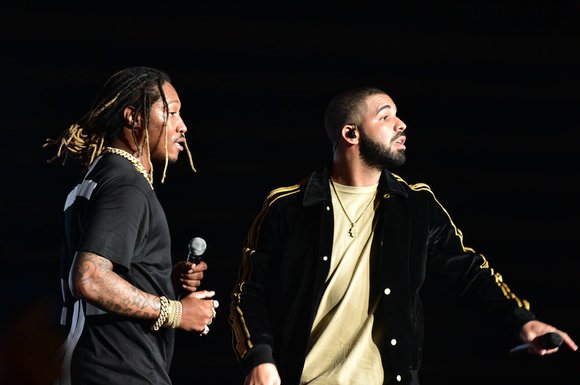 It was back in January that Drake's highly anticipated album, Views From The 6, had been confirmed for an April release. Since then, as each month goes by, Drizzy continues fanning the flame. In February VFT6 billboards began popping up. In March the April release was re-confirmed. In April, he dropped two new singles (which may or may not make the final album, knowing Drake), "Pop Style" and "One Dance." He also projected a "Summer Sixteen"-like artwork on a building in London, as if to remind us, as if we weren't already anticipating the album every single day since April 1st hit.

Today, Pitchfork has reported that VFT6 is dropping at the end of the month, so we can all calm down for at least another two weeks. Yesterday a false report circulated that projections in London actually showed the official art for VFT6, when in actuality it was meant to "tease the album release," so let's hope this Pitchfork report isn't a similar situation. The fact that this is the third confirmation that the album is arriving this month, and now we're nearing an actual date (or time frame), strengthens it.

No word on where this confirmation comes from, Pitchfork simply states they've been "informed." We'll keep you posted.