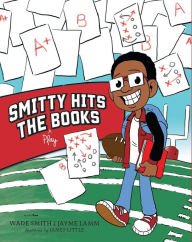 12-Year NFL veteran, former Houston Texans Pro Bowl player and family man Wade Smith, is bringing his football and life knowledge to Houston’s youth this April in the form of his new children’s book, Smitty Hits the Play Books. Smith has been an advocate for education and literacy throughout his NFL career with his charity organization, The Wade Smith Foundation, but this is his first book. Smitty Hits the Play Books, co-written by Houston sportswriter Jayme Lamm, is based on Smith’s own childhood experiences balancing sports and education and will be released on April 21st.