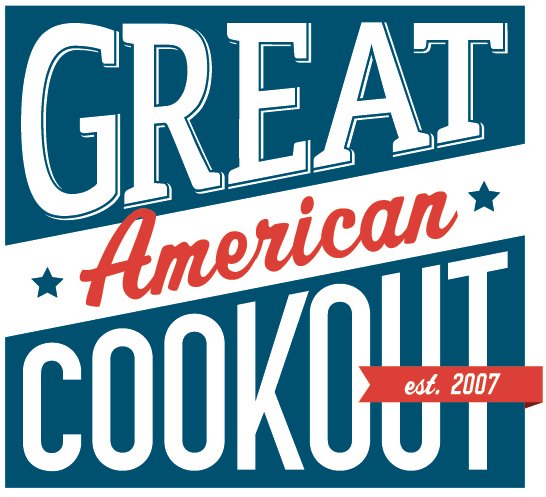 The Great American Cookout brings grilling demonstrations and delicious samples conveniently to 20 of the biggest barbeque contests and food festivals in the country, from New York to California, with additional stops at 50 select retail locations across the country.

"We’re delighted to bring our 10th anniversary tour to some of the biggest, boldest and friendliest barbeque events in the country. The Great American Cookout is designed to bring people together. We encourage you to enjoy our great food with your family and friends," said Carolyn Wells, Executive Director of the Kansas City Barbeque Society.

McCormick® Grill Mates®, the official seasoning and marinade partner of the Kansas City Barbeque Society, is joined by a few “supporting acts” including crowd favorite BUBBA burger® and Ball Park® Flame Grilled Jerky. Meat products will be grilled on award-winning Gateway™ Drum Smokers using all-natural Cowboy® Charcoal products. The grills will be serviced by Grillbot, a robotic grill cleaner that sounds an alarm when done. And if heartburn strikes after eating all the terrific samples at the Great American Cookout Tour, Tums® can provide fast, reliable acid indigestion and heartburn relief.

Barbeque celebrities Mike and Christine Peters return for a 10th year as tour hosts. As an award-winning barbeque team themselves, the fan-favorite duo will reveal techniques that the professionals use on the KCBS competition barbeque circuit and show fans how to apply them to their own backyard grill.

To keep up with the Great American Cookout all season long, visit www.greatcookout.com, Facebook (www.facebook.com/GreatAmericanCookout) and Twitter (@KCBSBBQTour).

A nonprofit organization dedicated to promoting and enjoying barbeque, KCBS celebrates its 30th anniversary in 2016. As the world’s largest organization of barbeque and grilling enthusiasts, KCBS serves more than 20,000 active members and sanctions more than 500 barbeque contests worldwide. For more information, visit www.KCBS.us.