Ben Carson: Keep Jackson Where He Is, Put Tubman On The $2 Bill 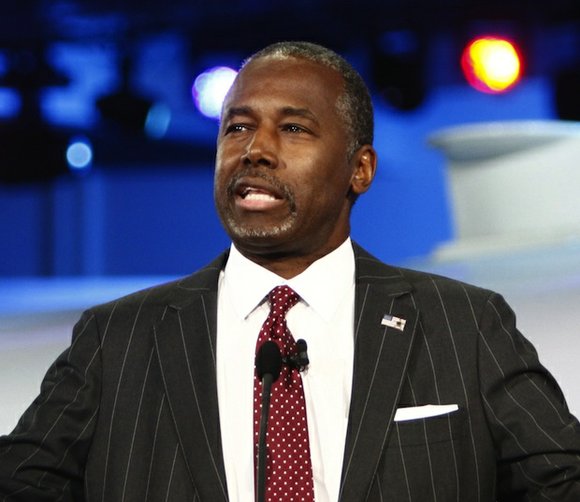 Former presidential candidate Ben Carson disagrees with the plan to put Harriet Tubman on the $20 bill, and on Wednesday suggested another note for her: the $2 bill.

"I love Harriet Tubman," the former GOP White House hopeful told Fox Business Network's Neil Cavuto. "I love what she did, but we can find another way to honor her. Maybe a $2 bill."

Tubman, the African-American suffragist and abolitionist who brought slaves to safety on the Underground Railroad, will begin appearing on a forthcoming version of the $20 bill, bumping former President Andrew Jackson to the back, Treasury Secretary Jack Lew announced Wednesday.

Carson insisted he had nothing against Tubman, but said Jackson deserved to stay where he is.

"Andrew Jackson ... was a tremendous president," Carson told Cavuto. "I mean, Andrew Jackson was the last president who actually balanced the federal budget, where we had no national debt."

Thomas Jefferson currently resides on the $2 bill, which is seldom used in circulation. Carson didn't discuss what should be done with the existing design of the $2 bill.

Democrats widely embraced the announcement on Wednesday. Democratic presidential front-runner Hillary Clinton tweeted, "A woman, a leader, and a freedom fighter. I can't think of a better choice for the $20 bill than Harriet Tubman."

Vermont Sen. Bernie Sanders also voiced his support for Tubman. "I cannot think of an American hero more deserving of this honor than Harriet Tubman," he tweeted.

In making his announcement, Lew also said Alexander Hamilton, the nation's first treasury secretary, will remain on the front of the $10 bill. Lew also announced plans for the reverse side of each bill. A montage of women involved in the American suffrage movement -- Lucretia Mott, Sojourner Truth, Susan B. Anthony, Elizabeth Cady Stanton, and Alice Paul -- will be on the back of the Hamilton-led $10.