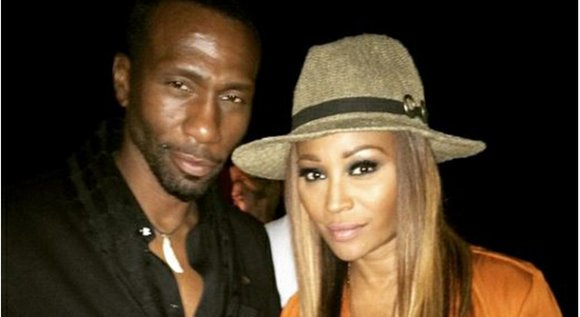 In a new interview with Rolling Out, actor Leon was asked about his lengthy career in Hollywood, as well as being a father to Noelle, his daughter with “Real Housewives of Atlanta” star Cynthia Bailey.

Speaking to the outlet after his “Blacks in Hollywood” panel at the 2016 Black Women’s Expo in Chicago, Leon revealed that he’s never actually seen an episode of “RHOA,” and says of Cynthia’s dwindling marriage to Peter Bailey, “I feel for the both of them.”

You and Cynthia Bailey have a daughter together and we have seen you on “The Real Housewives of Atlanta” over the past few years. Why did you choose to appear on that show?

The main reason why I knew I had to was because I have one child and that is my Noelle. Everyone needs to know that I am raising her. Since she appears on the show, it would be weird if you never saw me. Cynthia and I talked about it before she started taping. I told her that when I come down to visit my daughter that I would do scenes that involved my daughter and be my true self. I have personally never watched the show but I hear that people really like me on it from my social media.

On the show you and Cynthia make co-parenting and blending a family look easy. What is the secret to that success?

Cynthia is my family. As far as Peter is concerned, everything is about my daughter. I would make a concerted effort to get along with any man Cynthia were to live with because he is in the house with my daughter on a day to day basis. I couldn’t imagine being at odds with a man that had that kind of contact with my daughter.

There are rumors that Cynthia and Peter are heading for divorce. Last season, viewers saw you on ‘RHOA’ encouraging Cynthia to work on her marriage. What are your thoughts on where things are now?

When people get married I think they are taking vows to at the very least try their hardest because things are not going to be easy. There will be times when you are unhappy and you are going to have to work through it. But there comes a point when it just doesn’t work out or people drift apart. It appears some of that is going on with her and Peter right now. I can’t imagine on Peter’s end that it is pleasant or he is going through a good time. And I know for sure Cynthia is not. I feel for the both of them. I wish them both well. I am sure that regardless of what happens – both of them will be fine, flourish, and do well in their endeavors.