Toyota Becomes the Official Truck Sponsor of the Texas Rangers 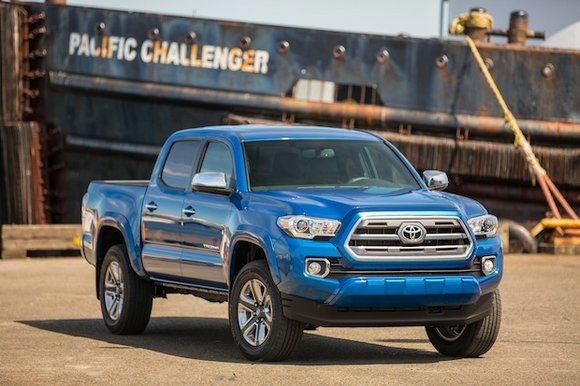 Arlington, Texas--The Texas Rangers and Toyota today announced that the club and the automobile manufacturer have entered into a multi-year partnership. Under the agreement, Toyota becomes the Official Truck Sponsor of the Texas Rangers. The sponsorship will highlight Toyota’s two Texas-built trucks, Tacoma and Tundra.

“The Rangers are thrilled to welcome Toyota to North Texas and the Rangers corporate partner family,” said Joe Januszewski, Texas Rangers Executive Vice President, Business Partnerships & Development. “We pride ourselves in working with best in class companies, and Toyota certainly represents excellence in the automotive industry.

“As the official truck of the Rangers, our fans will see Toyota’s involvement in a wide variety of programs, from entitlement of the parking lots at Globe Life Park, to in-park promotions, to community initiatives. We look forward to partnering with Toyota for many years to come.”

The multi-year partnership extends through 2018 and also provides Toyota with branding and naming rights for 12 of the Rangers’ parking lots adjacent to Globe Life Park in Arlington. A complete list of the Toyota-branded lots is included below. In addition, Toyota receives outfield wall, video board, home plate, and LED signage and becomes the exclusive sponsor of video replays at Globe Life Park in Arlington.

Toyota employees are also expected to have strong participation in the volunteer efforts of the Texas Rangers Baseball Foundation within the community. 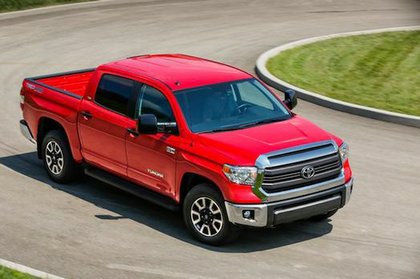 “Toyota has always had a strong commitment to community,” said Ed Laukes, Toyota Motor Sales, U.S.A. “With the relocation of our headquarters to Plano, becoming the official truck sponsor of the Texas Rangers makes sense. We see this partnership as a great opportunity to further our relationship with fans and to cheer for our new home team. Let’s play ball!”

“Toyota has long enjoyed being a community partner with several prestigious sports franchises throughout Texas,” said Brent Hillyer of Gulf States Toyota. “These partnerships reflect Toyota’s dedication to being a part of the communities we work and live in.”

Toyota (NYSE:TM), the world's top automaker and creator of the Prius and the Mirai fuel cell vehicle, is committed to building vehicles for the way people live through our Toyota, Lexus and Scion brands. Over the past 50 years, we’ve built more than 30 million cars and trucks in North America, where we operate 14 manufacturing plants (10 in the U.S.) and directly employ more than 44,000 people (more than 34,000 in the U.S.). Our 1,800 North American dealerships (1,500 in the U.S.) sold more than 2.8 million cars and trucks (nearly 2.5 million in the U.S.) in 2015 – and about 80 percent of all Toyota vehicles sold over the past 20 years are still on the road today.

Houston-based Gulf States Toyota is one of the world’s largest independent distributors of Toyota and Scion vehicles and parts, serving 157 dealers in Arkansas, Louisiana, Mississippi, Oklahoma and Texas. Founded in 1969, Gulf States Toyota is part of The Friedkin Group led by CEO Dan Friedkin.