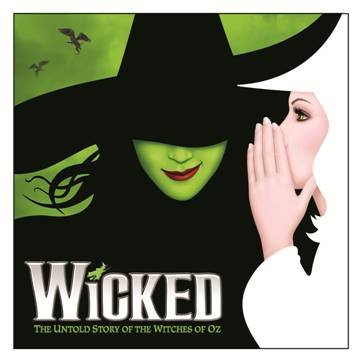 HOUSTON – WICKED, Broadway’s biggest blockbuster will return to the Hobby Center for the Performing Arts July 6 through August 14. Tickets for the return engagement on sale now.

With music and lyrics by Stephen Schwartz (Pippin, Godspell, Academy Award®-winner for Pocahontas and The Prince of Egypt) and book by Winnie Holzman (“My So Called Life,” “Once And Again” and “thirtysomething”), WICKED is directed by two-time Tony® Award winner Joe Mantello (Take Me Out, Love! Valour! Compassion!, The Vagina Monologues) and features musical staging by Tony® Award winner Wayne Cilento (Aida, The Who’s Tommy, How To Succeed…).

Based on the best-selling 1995 novel by Gregory Maguire, WICKED is the winner of over 100 international major awards, including a Grammy® and three Tony® Awards.

Tickets start at $40. For single tickets, buyers can call (800) 982-2787 or go online to order at http://www.BroadwayAtTheHobbyCenter.com or www.TheHobbyCenter.org. Tickets will be available at the Hobby Center Box Office (800 Bagby, Houston, Texas 77002) and at all Ticketmaster outlets. Group sales are offered for groups of 15 or more and will be available by calling (888) 451-5986 or via email at Houston.Groups@BroadwayAcrossAmerica.com.

The surprising tale of an unlikely friendship between two women in the Land of Oz, WICKED tells the untold story of the Wicked Witch of the West and Glinda the Good, long before Dorothy drops in. Elphaba, born with emerald-green skin, is smart, fiery and misunderstood. Glinda is beautiful, ambitious and very popular. The remarkable odyssey of how these unexpected friends changed each other’s lives for good has made WICKED one of the world’s most popular musicals.

WICKED has been declared “A Cultural Phenomenon” by Variety and “The Best Musical of the Decade” by Entertainment Weekly. WICKED has been performed in over 100 cities in 13 countries around the world (U.S., Canada, United Kingdom, Ireland, Japan, Germany, Holland, Australia, New Zealand, Singapore, South Korea, The Philippines, and Mexico) and has thus far been translated into five languages: Japanese, German, Dutch, Spanish, and Korean.

*As a note to all calendar listing editors, the title of the show is WICKED (not WICKED: A New Musical or WICKED, the untold story of the witches of Oz).

The Hobby Center for the Performing Arts is operated by the Hobby Center Foundation, a 501(c)(3) non-profit organization. Its mission is to expand Houston’s reputation as a world-class cultural center by providing a premier performing arts facility, fostering accessibility to the performing arts and promoting arts education, with an emphasis on musical theater. The complex houses two performance chambers, an award-winning restaurant, and an 800 car capacity on- premise parking garage. Please visit TheHobbyCenter.org.

BROADWAY ACROSS AMERICA is part of the Key Brand Entertainment family of companies, which includes Broadway.com and is operated by John Gore (Owner & CEO). BAA is the foremost presenter of first-class touring productions in North America, operating in 38 markets. Current and past productions include Beautiful, Chicago, Fiddler on the Roof, Finding Neverland, Million Dollar Quartet, Hairspray, On Your Feet, The Producers and Waitress. Broadway.com is the premier theater website for news, exclusive content and ticket sales. For more information please visit BroadwayAcrossAmerica.com and Broadway.com.