A Nardwuar Interview With Drake & 40 Is On The Way 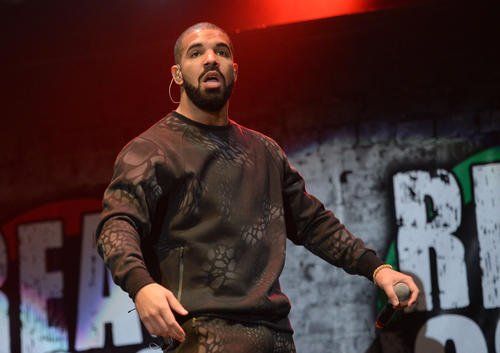 Drake doesn't do too much press these days. This past September, he appeared on the cover of FADER's 100th issue and participated in his first interview since February 2014, when he was the subject of a controversial feature in Rolling Stone that might've led to a squabble with Jay Z.

In anticipation of VIEWS, however, he's ready to share his voice with the world, as it was just announced that, in conjunction with tonight's premiere of the album on OVO Sound Radio, Drake will sit down for a "MAJOR" interview with Zane Lowe of Beats 1. Though it now seems that Drake has already participated in another intriguing interview -- with a fellow Canadian icon, Nardwuar the Human Serviette. Also joining Drake and Nardwuar for the upcoming interview (and expected gift exchange) will be Noah "40" Shebib, the executive producer of VIEWS.

A teaser for the interview was shared today via the Twitter account of the Drake fansite Word on Road. Drake and 40 appear to start the clip, and a couple of seconds later, Nardwuar pops up like a Jack-in-the-box to introduce the two OVO leaders, before signing off with his signature "Doot doola doot doo," and allowing Drake to finish with the necessary "doot doo...obviously."

Drake had previously been given the Nardwuar treatment in 2010. The forthcoming interview should be eagerly anticipated by all OVO fans and musically-inclined Canadians everywhere.